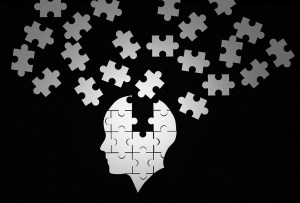 With a $6.3 million round of venture capital financing completed, Altoida is planning to commercialize its FDA-cleared and CE Mark-approved Alzheimer's risk prediction medical device in the U.S. and EU.

By collecting digital biomarkers with artificial intelligence, machine learning and augmented reality, Altoida can reportedly detect Alzheimer's disease up to 10 years prior to the onset of cognitive impairment symptoms with 94 percent accuracy in patients over 61 years old.

Altoida's app-based product analyzes visuospatial and executive function during complex activities of daily living through a battery of three tests that ask patients to hide and seek virtual objects in a physical space. The company has validated its platform and methodology in more than 12 peer-reviewed journal publications and in more than 200 independent studies.

"As the world's effort to introduce meaningful therapies for Alzheimer's disease inches closer and closer to success, it is clear that the greatest benefit will come to those whose disease is detected at a very early stage," said Dr. Jonathan L. Liss, director at Columbus Memory Center and Founder of Columbus Memory Project, who has been using Altoida's technology since September 2018, in a statement.

In 2019 alone, Alzheimer's disease and other dementias will cost the U.S. $290 billion, according to the Alzheimer's Association. By 2050, these costs could rise as high as $1.1 trillion.

Leading the Series A funding was M Ventures, the corporate venture capital arm of Merck.