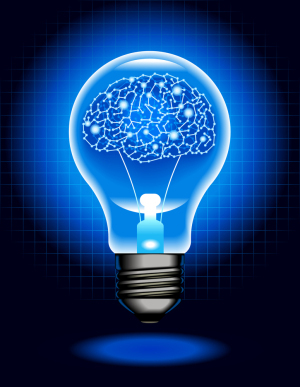 From the June 2019 issue of HealthCare Business News magazine

Artificial Intelligence has been a topic of discussion for some time. Outside of science fiction, the public’s first real-life exposure may have been IBM’s Deep Blue, which defeated chess world champion Gary Kasparov in a match that took place in May of 1997. In recent years, the evolution of AI has resulted in more than just a computer that can play chess really well. Instead, AI is beginning to play a more active role in radiology. To get a better understanding of what’s happening, we spoke with Dr. Keith Dreyer, a well-known expert and presenter on AI and vice chairman of radiology at Massachusetts General Hospital.

Dreyer has spoken about “AI winters,” or times when AI development essentially comes to a standstill. There have been two, but he doesn’t see a third on the horizon. He says there’s low chance for a winter for a couple of reasons. First, algorithms are performing better and with more accuracy than ever before. In other words, AI works this time around. In the past, there simply wasn’t enough data or the computers needed to process the vast amounts of data needed to make AI viable. Which brings us to the second reason — computing power. Today’s machines can handle huge amounts of data and more organizations are able to afford these machines today.

While more organizations are delving into AI, Dreyer says it’s still a technology that hasn’t really penetrated the market. In order to clear that hurdle, questions will need to be answered. Do the algorithms being created work well on all data? How does it improve the workflow? What’s it going to do for the user? How will it make their day better? What’s the tipping point to get payors on board around reimbursement?

On the topic of payors, Dreyer has yet to see any reimbursement that pays for the use of AI in medical imaging above and beyond what would be paid for service provided by humans not using AI. However, he believes that will change. “I think because there’s obviously so much tight scrutiny under payor reform in general, if you look at the process in which payment is determined by the largest payor — the government, with Medicare and Medicaid — they use a committee process where a group of subspecialty physicians determine where the dollars go. So you’d have to show an algorithm is well-worth its value in order for them to create a new code to be reimbursed for it. It’s not something that happens overnight, it has to be proven in the field,” he says.

Although the data required to fuel AI’s algorithms has improved dramatically over the years, there are practical and political constraints still playing a part in tethering its rise to the stratosphere. That’s because the data is locked behind hospital firewalls. Hospitals are still grappling with the process of making that data available in a safe, secure manner to companies making algorithms. Presumably, some are also still struggling with the thought of providing information that could benefit their competitors, even if those benefits extend to all participants.
1(current)
2