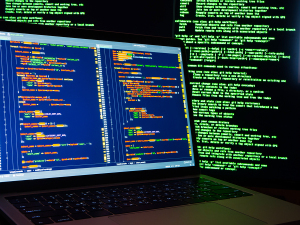 California-based Forescout Technologies has reported that healthcare is “riddled with devices running legacy Windows,” and that “71 percent of Windows devices will no longer be supported by Microsoft in January 2020.”

The researchers determined that these legacy Windows systems were mostly Windows 7, Windows 2008 or Windows Mobile.

The San Jose-based firm based its conclusions on analysis of data in its Forescout Device Cloud — one of the world’s largest databases of anonymized data, from over 8 million healthcare devices of more than 1,000 customers.

“The Forescout Device Cloud provides us with game changing data from millions of devices around the world, and what we are releasing today is just the tip of the iceberg,” said Elisa Costante, head of Operational Technology (OT) and Industrial Technology Innovation at Forescout in a statement. “Our findings reveal that healthcare organizations have some of the most diverse and complex IT environments, which are compounded due to compliance risks. Every time a patch is applied, there is concern around voiding a warranty or impacting patient safety. These organizations are dealing with lifesaving devices and extremely sensitive environments.”

Other findings from the survey included that:


Other operating system woes include a sprawling diversity of vendors and software that adds complexity and hacking vulnerabilities. In fact, “40 percent of healthcare deployments had more than 20 different operating systems,” according to Forescout. Roughly 60 percent of systems are Windows, but the other 40 percent include a mix of mobile, embedded firmware and network infrastructure. The level of complexity is highlighted by the conclusion that “30 percent of healthcare deployments had 100 or more device vendors on their network,” the report found.

“Patching in healthcare environments, especially acute care facilities, can be challenging, and require devices to remain online and available,” advised the researchers, adding that, “some healthcare devices cannot be patched, may require vendor approval, or need manual implementation by remote maintenance personnel.”
1(current)
2