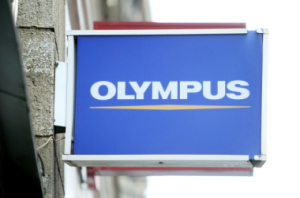 Olympus has elevated several of its U.S.-based leaders to senior-level global roles. The moves, slated to happen April 1, are indications of the company's ongoing globalization efforts.

Nacho Abia will add co-head of the newly created Therapeutic Solutions division to his present responsibilities as president and CEO of Olympus Corporation of the Americas (OCA). In the new position he will be responsible “for the new global business development function across all three core businesses – Medical, Scientific and Imaging,” the company said in a statement.

“My colleagues and I are delighted to assume our new global roles within Olympus, which continues to adapt to meet the needs of the rapidly changing international markets. In our new positions, we look forward to leveraging the experience and expertise we have developed at Olympus Corporation of the Americas in order to support Olympus' worldwide growth and to execute the Company's increasingly global vision,” said Abia.

His other colleagues, include Tomohisa "Tomo" Sakurai, who has been named the other co-head of the Therapeutic Solutions business, and relocated to OCA's Center Valley, Pennsylvania, headquarters from Tokyo in 2018.

Olympus also announced numerous other transformation efforts in another statement. These include a major reorganization of its medical business into a pair of global divisions – Endoscopic Solutions and Therapeutic Solutions.

“By managing Therapeutics out of the U.S., we will be extremely well positioned to pursue the right business opportunities and partnerships,” Abia noted, adding, “We are excited to help lead the continued transformation of Olympus into a world-class global medical technology company.”

In addition, Olympus also announced that it would propose giving a board seat to activist shareholder U.S. hedge fund ValueAct Capital, which now holds 5.04 percent of the company's outstanding shares, according to Reuters, which noted that the move comes despite the fact that such investors are widely viewed in Japan as “asset-strippers to be resisted.”
1(current)
2