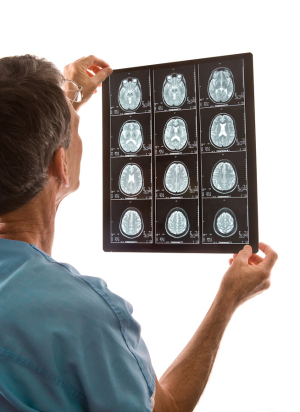 CT and MR images will be used
to determine risk
A research team at the University of Cincinnati (UC) was recently awarded a $3.2 million grant from the National Institute of Neurological Diseases to use neuroimaging to determine the risk factors for stroke recurrence.

“This will help us predict which stroke patients are more prone to get a recurrent stroke, which in turn will help with targeting therapies and lifestyle modifications,” Dr. Achala Vagal, associate professor and vice chair of research in the Department of Radiology at UC as well as the principal investigator of the study, told HCB News.

Recurrent stroke accounts for up to one in four of the nearly 800,000 strokes that occur each year, according to the National Stroke Association. In addition, within five years of a stroke, 24 percent of women and 42 percent of men will experience a recurrent stroke.

“The recurrent stroke has a much higher disability and mortality than the original stroke,” said Vagal. “The brain health is already poor because of the first event and possibly because of the effects of vascular risk factor and hence the resilience of the brain to withstand a second or in some cases a third or fourth stroke is suboptimal.”

This new study will build on the work of the Greater Cincinnati Northern Kentucky Stroke Study, which was a compilation of population-level stroke data since the 1990s. For this study, Vagal and her team will assess CT and MR images of small and large vessel disease in the brain to find an accurate measure of a patient’s brain health or predictor of a future cerebrovascular episode.

“This will entail not just looking at the damage due to the stroke event but also the underlying, preexisting damage due to factors such as smoking, diabetes, high cholesterol,” said Vagal. “This will give us a host of imaging factors that we will use along with clinical features to build a risk prediction model.”

She added that the risk prediction model will also be used to inform future studies for stroke as well dementia, since this patient population also has a high risk of developing this condition.