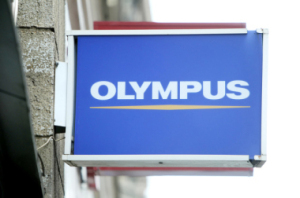 Olympus Corporation subsidiary Olympus Medical Systems has reached a final plea deal with the U.S. Department of Justice over its errors filing and supplementing Medical Device Reports for its TJF-Q180V duodenoscopes concerning infections linked to the device, and to selling the device during that period.

The company, in a statement, “acknowledged that it failed to submit two required supplemental MDRs and one initial MDR” to the FDA over the problems with the devices that led to a rash of patient illnesses from 2012 to 2014, some of which proved fatal.

Olympus Medical has pleaded guilty to three criminal misdemeanors and will pay $80 million in fines and $5 million in forfeitures. In addition it will enhance how it handles regulatory affairs processes and procedures, and will make regular certifications that the company is living up to the settlement deal.

The company also stated that the investigation did not uncover “any direct harm to patients as a result of the disclosure failures,” it stated, while admitting to failure to meet federal reporting requirements.

Former Olympus senior executive Hisao Yabe also pleaded guilty to distributing misbranded devices, and could get a year in prison at his scheduled sentencing March 27, according to Reuters.

“Olympus deeply regrets its failure to file and supplement the MDRs identified in the plea agreement and accepts full responsibility for these failures,” said Hiroyuki Sasa, Olympus president and representative director.

In the years since these events occurred, Olympus has made “notable compliance improvements” addressing issues with its regulatory affairs function, including reorganizing staff and enhanced training, according to the DOJ.

Such improvement are essential as “these flexible, lighted tubes are vital for minimally-invasive, lifesaving procedures to diagnose and treat problems in the pancreas and bile duct,” said the FDA in a statement, noting, “however, because they contain many small working parts that come in contact with a patient’s bodily fluids, they must be thoroughly cleaned and disinfected between each use to prevent transmission of infections.”

The DOJ also issued a safety communications letter December 10th reporting interim results of real-world reprocessing of the devices. It advised users that best practices at present should include: