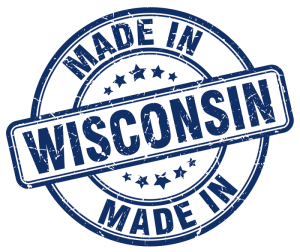 Domestic molybdenum-99 (Mo-99) production may benefit from the Federal 2019 Energy & Water Development Appropriations Bill – to the tune of $20 million.

Wisconsin-based NorthStar Medical Radioisotopes and SHINE Medical Technologies – one in Beloit and the other slated to locate in Janesville – may see the support coming from an amendment that was part of the recently signed and approved federal funding for new technology.

“Medical isotopes are critical to American health care, and our Wisconsin entrepreneurs are working to deploy a Made in America source of this much-needed diagnostic tool for patients and families,” said Wisconsin Senator Tammy Baldwin, who drove the effort along with Ohio Senator Rob Portman to finalize the amendment backing the funding. “This appropriations legislation gets our domestic production back on track to ensure health care providers can source this critical medical isotope domestically and reduce our reliance on foreign sources. I am proud to provide results for our Made in Wisconsin companies that create and innovate to improve public health and save lives.”

Senator Baldwin is a member of the Senate Appropriations Committee.

On October 1, NorthStar was given an Award for Outstanding Achievement by the U.S. Department of Energy’s National Nuclear Security Administration (NNSA) to recognize it as the first U.S.-based Mo-99 for nearly three decades. NorthStar’s RadioGenix System, which produces technetium-99m (Tc-99m) from Mo-99, won FDA approval in February.

At present the U.S. gets 100 percent of its supply from abroad, with the Netherlands being the major source of the material.

“NorthStar’s success directly supports the National Nuclear Security Administration’s goal to reduce the use of highly enriched uranium in civilian commercial applications,” said Peter H. Hanlon, assistant deputy administrator, Office of Material Management and Minimization, NNSA, during the award presentation at the recent NNSA 2018 Annual Topical Meeting, noting that, “NorthStar’s efforts have resulted in a safer world while contributing to a stable supply of this crucial medical radioisotope for American patients.”

The NNSA-NorthStar development process for the RadioGenix System was a seven-year effort. “It’s gratifying that our efforts became realized through the FDA’s approval of the RadioGenix System. NNSA’s close collaboration, outstanding working relationship and support of NorthStar have been instrumental in achieving this success,” said George Messina, Chairman Emeritus of NorthStar Medical Radioisotopes, in a statement.
1(current)
2