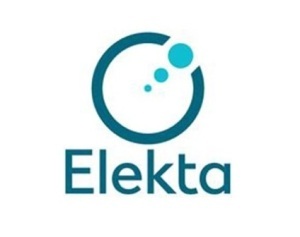 Elekta has forecast a net sales compound annual growth rate of 8-10 percent from now through its 2022/2023 financial year.

“We have improved our margin and cash flow and have returned to high growth. We are now in a good position to realize our vision,” Elekta’s President and CEO Richard Hausmann said in a statement, noting that, “the future of our industry is in precision radiation medicine, including diagnostic quality imaging at the point of treatment, real-time adaptive treatment planning, data-driven personalization and intelligent automation.”

He stressed that “Elekta Unity is an important step on this journey and we expect it to become the standard of care within precision radiation medicine, and see an addressable market of 3,000 to 4,000 systems.”

The new financial outlook has assumed constant exchange rates, combined with EBITA margin improvement of up to 200 basis points toward the end of the period, the company stated.

Hausmann also stressed the need to make such cutting-edge therapy more available. “We want to give people everywhere the same chance to beat cancer and have launched initiatives specifically focused on developing solutions for emerging economies,” he noted.

Elekta’s previous long-term financial ambitions have been under review, as stated in Elekta’s annual report 2017/18, and are superseded by the new financial scenario communicated today.

Elekta’s shares have spiked by more than 80 percent this year as restructuring has started to take effect after three years of falling profits, according to Reuters.

In a statement issued ahead of this latest announcement, the company reiterated its earlier forecasts for the 2018/19 fiscal year for about a 7 percent growth in sales and an EBITA margin of about 20 percent.

The company's Unity radiation therapy system, a future growth driver, received European approval in June and is on schedule for a U.S. OK by year end.

According to Reuters, Elekta had a surprise Q1 operating profit drop – but also had bigger-than-expected sales and order intake.

In July, Elekta was in the news when Croton Healthcare subsidiary York Instruments signed a deal for Elekta's magnetoencephalography (MEG) business.

According to Elekta, the deal is part of the plan to restructure and to strategically prioritize its treatment solutions and oncology informatics portfolio.
1(current)
2