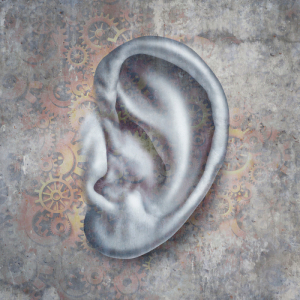 Approved for both 1.5 and 3.0 Tesla scanners, patients with the implant can now relax while safely undergoing an MR exam, and do not have to resort to additional, costly surgical procedures beforehand for the partial or full removal of their devices.

“MR scans are widely used and seen as a preferred imaging tool across a variety of situations,” Brent Lucas, Envoy Medical’s chief executive officer, said in a statement. “We did not want people to have to make a choice between our device and the chance that they will need an MR in the future.”

Millions of MR scans take place annually in the U.S. alone to diagnose and monitor a range of conditions, particularly ones that involve imaging soft tissue such as muscles, ligaments, nerves, the spinal cord and the brain.

In addition to safety concerns, the use of middle ear implants may pose the risk of distorting the quality of images or creating an artifact in the body.

The manufacturing of the Esteem reduces these risks, containing no implanted magnets commonly found in other implants to interact with middle ear bones or hold an external sound processor in place under the scalp. This reduces not just safety and comfort risks but mitigates the amount of image distortion and artifact around an implant, which is especially helpful when scanning the head or neck.

“MR compatibility is an important consideration when thinking about any implanted hearing solution,” Dr. Jack Shohet of Shohet Ear Associates Medical Group in Orange County, California, said in a statement. “The news about the Esteem – that we now have a middle ear implant that can be safely scanned at both 1.5 and 3.0 Tesla – represents a significant advancement in middle ear implant technology and its applicability to a broader group of patients.”

MR-conditional labeling has risen as a much sought-after trend within the implant industry. Abbott, for instance, this month received clearance from the FDA for its directional Infinity DBS System as did Nevro Corp. in March for its Senza Spinal Cord Stimulation (SCS) System.