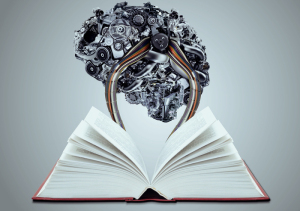 Cardiac, breast, chest, MSK
imaging tools to come
A team of researchers at the Ohio State University Wexner Medical Center (OSUMC) have developed an AI tool that can detect critical findings on head CT, such as hemorrhage and stroke.

“Currently, we are planning to release the ‘AI for Head CT algorithms’ for beta testing here at OSUMC,” Barbaros Selnur Erdal, assistant chief of the division of medical imaging informatics at the medical center, told HCB News. “AI for cardiac imaging for evaluation of coronary artery disease is next in line.”

The team used over 2,500 representative images to train the tool. It was designed to analyze the imaging dataset, detect images with critical findings and send them to the top of the radiologist’s worklist.

To date, the team has evaluated the performance of the tool for detecting hemorrhage, mass effect, or hydrocephalus (HMH), as well as suspect acute infarct (SAI) in non-contrast head CT exams. The results were published in Radiology in December.

He added that in addition to the cardiac AI tool, his team is also currently developing various breast imaging, chest imaging and musculoskeletal imaging applications.