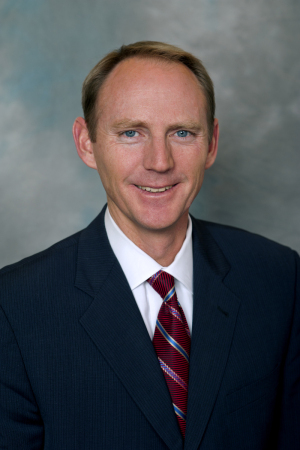 University of Washington Medical Center in Seattle has made significant expansions in recent years, even as other facilities struggle. Even more impressive is the fact that UW continues to be a leading institution on a national level. HealthCare Business News spoke with Geoff Austin, executive director for the medical center, to learn what makes him tick and how UW has managed to stay on a track of success.

HCB News: How did you get involved in health care?
Geoff Austin: My undergraduate degree was in industrial engineering. When I was looking into careers, I wanted to make a difference in improving people’s health rather than designing factories for semiconductors or airplanes. My grandmother was a nurse, and a nurse educator, so I had a family background of wanting to help people. Meanwhile, a classmate of mine was doing a management engineering internship with Kaiser Permanente. I was fascinated by the role. I began conversations with Kaiser Permanente in southern California and that was my first job in health care. As a management engineer, I was focused on implementing improvements in hospital and clinic operations and quality. From there, I decided to attend the University of Washington for an MBA and MHA. After finishing my graduate studies, I went into health care consulting for ECG Management Consultants. That’s where I learned about academic medical centers and schools of medicine. I joined UW Medical Center as the oncology line administrator in 2005, stepped in to the interim executive director position in August of 2015 and was made permanent in January of this year.

HCB News: In the last five years, UW Medical Center has completed some significant additions including a new NICU, operating rooms, ICUs and a surgical unit. Are there any other plans in the works?
GA: Yes. In addition to those, we’ve also opened a new transfusion services lab or blood bank. We brought the product modification services in-house. We also opened a new brain tumor center, new oncology and infusion center, a 31,000-square-foot sports medicine center and another 33,000-square-foot medical and surgical specialties clinic.

We are currently wrapping up a number of significant projects, including four more operating rooms and 42 prep/hold/recovery bays, which are feeders and receivers of our operating rooms. We are also beginning an emergency department remodel with an entrance extension and a cardiac cath lab remodel.

HCB News: How can you afford it?
GA: It’s all been planned over a number of years. The work on the new tower and inpatient units began over 10 years ago. We’re in the second phase of that overall expansion and we’ll be completing the entire project in December, including the prep hold recovery bays and ORs.
1(current)
2
3
4