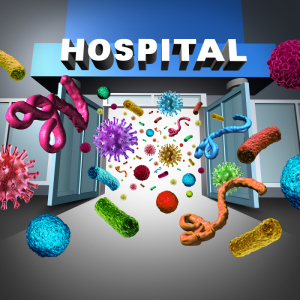 From the September 2017 issue of HealthCare Business News magazine

Even though CRISPR sounds like something as simple as a cereal or a toaster treat, it is actually a scientific development that is making research faster and cheaper with more accurate results.

CRISPR is a powerful gene-editing technology that is already showing promise in curing difficult and deadly diseases. CRISPR is a defense mechanism found in a wide range of bacteria that was first accidently identified as changes in the DNA sequence by Japanese scientists. Later, research by Francisco Mojica at the University of Alicante noted the unusual DNA structure was linked to an invading virus. Interest continued to grow around the world as researchers investigated surviving bacteria which had one property in common: they all contained CRISPR molecules to create a natural defense system.

This unusual pattern in some bacterial genomes, a repeated sequence of DNA, is now known as “clustered regularly interspaced short palindromic repeats” – CRISPR. Once researchers realized the unique repeating sequences matched the DNA of viruses everything changed and the doors began to open for a different approach to cures.

What makes CRISPR worth the attention is that this new tool allows medical scientists the ability to edit genomes with exact precision. CRISPR cuts years off studies and provides exacting efficiency. CRISPR is far better and more reliable than older techniques for gene splicing and editing. According to Randall Platt, part of Feng Zhang’s research team at the Broad Institute of Harvard and MIT, when discussing the advantages of using CRISPR to follow cancer mutations in cells, “in the past, this would have taken the field a decade, and would have required a consortium. With CRISPR, it took me four months to do it myself.” This efficient, yet much faster, method of research translates into a wide range of studies underway around the world.

Basically, researchers can program DNA with instructions for modified RNA that can target an exact antibiotic-resistance gene.

“Once the phage infects a bacterium, the guide RNA latches on to the resistance gene. That prompts an enzyme called Cas3, which the bacterium normally produces to kill phages, to destroy that genetic sequence instead,” according to Sara Reardon in Nature. The Cas3 eventually destroys all of the DNA, killing the bacterium.

Legionella exposure is real and can happen anywhere

Flu vaccines for staffers are part of patient safety

In Mexico, a call for sterilized, used pacemakers as implants in new study

Assessing the indirect costs of HAIs