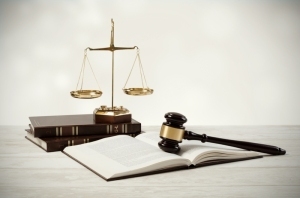 Hologic, maker of the Selenia Dimensions digital breast tomosynthesis system, is taking on Fujifilm Medical Systems in a patent-infringement lawsuit over its Aspire Cristalle System.

The Selenia received patents from the U.S. Patent and Trademark Office in 2010 and FDA approval in 2011.

At issue is the appearance of the Aspire Cristalle at Las Vegas and Los Angeles conferences recently – and the promotion of uses that are allegedly in patent violation, according to the Connecticut Law Tribune.

On January 23, 2017, “FujiFilm USA announced that it had received pre-market approval from the U.S. Food and Drug Administration for its “Digital Breast Tomosynthesis (DBT),” as an optional software upgrade for the FujiFilm ASPIRE Cristalle system, and that “[t]he optional DBT upgrade for the ASPIRE Cristalle system is now available in the United States,” the lawsuit stated.

It went on to state that FujiFilm is “directly infringing” on one of the patents “by making, using, offering for sale, and/or selling within the United States, and/or importing into the United States, X-ray breast imaging devices, including at least their ASPIRE Cristalle product.”

The suit was filed in Connecticut, which is home to FujiFilm's U.S. headquarters.

When FujiFilm announced pre-market FDA approval for ASPIRE Cristalle in January, it stated that there was an optional DBT upgrade for the device, “known as AMULET Innovality outside of the United States,” adding that “the ASPIRE Cristalle FFDM system with DBT combines FujiFilm’s state-of-the-art hexagonal close pattern (HCP) detector design, advanced image processing and image acquisition workflow to optimize patient dose while maximizing image quality.”