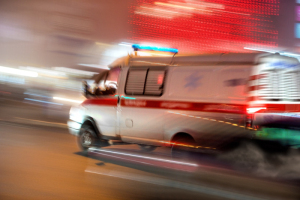 While the timeliness of treatment at the nearest hospital should be top priority for heart attack victims, new evidence shows patients with chronic and ongoing cardiac conditions do better by sticking with the same hospital system.

Such were the findings of a study just published in the Journal of the American Heart Association, showing advantages ranging from lower mortality rates to faster discharge and better communication between caregivers.

The lead author, Dr. Finlay A McAlister, professor, Division of General Internal Medicine at University of Alberta, said he was motivated to conduct the study when he noticed that his own patients had inferior outcomes when they went to another hospital system and then returned to his hospital.

"I noted that when my outpatients were admitted to another hospital there was rarely any communication with me, while if they were admitted to my hospital I saw them as inpatients and provided continuity between the outpatient and inpatient milieu," said McAlister, who cares for cardiac patients both in the hospital and in an outpatient clinic.

The study, which looked at 217,039 Canadian patients between 2004 and 2013, found that patients who were cared for in the same health system had better outcomes and were 11 percent less likely to die during hospitalization. Also, the length of stay was about a day shorter for patients who had the better continuity of care in the same hospital system.

According to McAlister, there are proven patient benefits to shorter inpatient hospital stays. This, he noted, is an important consideration given that heart failure is one of the most common reasons for hospitalization in North America.

"In addition to the psychosocial benefits of being at home with loved ones versus in an institutional hospital setting, there are also lower risks of nosocomial infections and less risk of medication discontinuity," he said. "The trend of an increasing proportion of readmissions being to a non-original hospital over time — from 15.6 percent in 2004 to 18.5 percent in 2013 — is concerning, given the longer length of stay and poorer outcomes associated with that practice."

He attributes part of the problem to a new team of caregivers at a different hospital tweaking medications and making other changes in treatment.

He also said that emergency response policy in Canada and the U.S. may need to be revisited. Current standard operating procedure calls for the transport of any cardiac patient to the nearest hospital. However, if the patient has a chronic cardiac condition, the study suggests that it would be more advisable to return the patient to the hospital that has provided past care.

"Continuity of care is more important than speed in the case of chronic heart failure," McAlister stressed.

According to the American Heart Association (AHA), about 6.5 million Americans live with chronic heart failure. The AHA projects that that number will increase 46 percent by 2030.