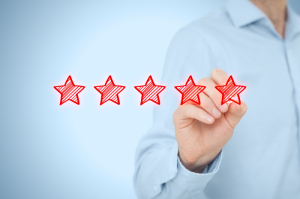 Consumers wanting lower costs, higher quality, and improved services flock to online ratings sites such as Yelp to make more informed purchasing decisions — but what happens when reviews become part of the search for a provider?

“This phenomenon is beginning to spill over into health care, with the proliferation of a number of online ratings sites. Whether radiologists like it or not, they will increasingly be rated by their patients, and so an increased awareness of this trend is necessary so they can truly meet their patients’ needs,” Dr. Richard Duszak told HCB News.

He is professor and vice chair for health policy and practice in the department of radiology and imaging sciences at Emory University, and affiliate senior research fellow at Neiman Institute. The institute funded a recent study which showed most U.S. radiologists receive favorable satisfaction scores from their patients.

This research was conducted, according to Duszak, to help make radiologists aware of these trends and provide initial information on how this may impact their practices.

Using 2010 U.S. Census data, researchers were able to retrieve patients’ reviews from the public ratings website, RateMDs.com. Radiologists from 297 cities with 100,000 or more in population were included. Ratings were scored one through five (five being the best), in the categories of staff, punctuality, knowledge and helpfulness.

“Since we did not interview the patient respondents but rather simply captured and analyzed their survey data, we cannot say with certainty why this pattern exists,” Duszak said. “Nonetheless, we believe this is not dissimilar to ratings for a variety of non-health care services, where highly motivated individuals preferentially respond. Those particularly satisfied or dissatisfied will more often post their opinions, whereas those who are more neutral in their opinions will be less motivated to post. We believe that the same behavior is at play here.”

Northeast radiologists scored much lower than radiologists elsewhere in the staff and punctuality categories.

“Since we did not interview patient respondents, all we could do here would be to speculate. But we suspect this may reflect regional cultural variation in patient expectations,” he said. “More research would be necessary to better understand these regional patterns.”

The information was manually extracted from the ratings websites, which took several months of laborious and tedious work, Duszak said.

Part of the research team published pilot work in this area in the Journal of the American College of Radiology last year, and several other projects looking at both diagnostic and interventional radiologists are currently underway.