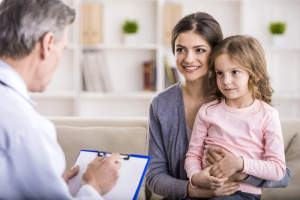 Hospitals should consider alternatives to risky sedation or general anesthesia to keep children undergoing MR imaging still, such as practicing with a replica of the machine, letting pediatric patients watch movies during the exam and scheduling pediatric exams at night, according to a new paper.

Researcher Delaney McGuirt a radiologic technologist from the University of North Carolina Biomedical Research Imaging Center, reviewed dozens of studies published over the past decade that referenced alternatives to sedation or general anesthesia for pediatric MR exams, which come with risks, such as respiratory depression from over-sedation.

“There isn’t much 'best practice,'” McGuirt told HCB News. “So, I felt it was important to put it out there for hospitals to read and consider … Most hospitals and larger facilities just default to sedation. They don’t necessarily have time to think of alternatives.”

McGuirt found that the most effective alternatives, which provided the most cost savings, include using a full-scale replica of an MR scanner, without magnets and with speakers that play recorded sounds of MR scan sequences, to practice with the child before the exam; allowing the child to watch a movie during the exam using MR-safe headphones and goggles; and feed-sleep manipulation, which includes keeping the child awake during the day and doing the exam at night, fasting until just before the exam and administering melatonin.

One study McGuirt reviewed, conducted by the Royal Children’s Hospital in Australia, found that using the mock training resulted in a reduction of 8.6 percent in general anesthesia rates and an annual net savings of $117,870 when compared to the cost of general anesthesia. After 102 children had a mock session, 98 percent of their exams resulted in obtaining diagnostic quality images, the review noted.

“It is possible an apparatus mimicking the closed environment and scan sounds is sufficient, rendering an expensive replica unnecessary,” McGuirt wrote.

One study of a system that allows children to watch movies during the exam showed a 9 percent reduction in sedation rates, as well as a 17 percent decrease in room time. The study assumed a cost of $110 per sedation case, and deemed the audiovisual system a cost-efficient alternative.

A study of 220 children scanned while they were asleep resulted in a 96 percent success rate, with diagnostic-quality images obtained during the exams.

McGuirt stressed that further studies are needed to compare the methods and identify a best practice, but that facilities can review her paper and consider alternatives to reduce reliance on sedation.

“I would recommend that they use it as a guide to the alternatives that are out there,” McGuirt said. “I think there’s enough evidence that they do work and they can be implemented just from reading the review.”