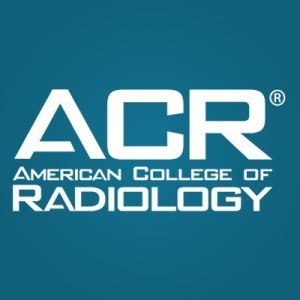 The American College of Radiology, which represents nearly 38,000 medical imaging doctors, joined 80 other groups on record against proposed reimbursement cuts for the exam.

"There is no other alternative screening procedure that can replace LDCT scans and demonstrate the same effectiveness," Shawn Farley, Director of Public Affairs at ACR told HCB News. "The national lung screening trial showed that CT was far more effective than standard chest X-rays."

The issue of congressional cuts to these payments appears to be one of the rare unifying efforts in a typically partisan Congress. Two Republicans - including a physician - and two Democrats have expressed opposition to the payment reductions, which the ACR "applauds." Proposed CMS cuts range from 44 to 64 percent for patient consultations and scans, respectively.

According to Farley, CMS has not provided much detail about the cuts, but he said it appears that the proposed change is related to an effort to consolidate outpatient payment classifications. The ACR maintains that reclassifying LDCT into a lower payment category to achieve the cut is ill-advised, as CMS apparently "utilized very little cost data to" make their decision.

According to the ACR, more than 220,000 people will be diagnosed with lung cancer this year. Nearly 160,000 people will die from the disease — more than from breast, colon and prostate cancers combined. Lung cancer is usually fatal by the time it is recognized from physical symptoms (persistent cough and chest pain). Early LDCT screening gives patients the best chance for early detection to improve survival rates and quality of life.

More than 80 lung cancer patient advocacy groups are now on record against the proposed reclassification and resulting cuts scheduled for next year. The concern is that the payment reductions, as reported by HCB News earlier this month, will not cover the cost of current screening programs and will not offer enough reimbursement incentive to start new programs. This, the ACR maintains, reduces access to lung cancer screening.

"Gaining support from other prominent national medical specialty societies, patient advocacy organizations, and imaging manufacturers is crucial to demonstrating to CMS a united front against these flawed and harmful reimbursement cuts," said Farley.

He added that the overwhelming unity against the proposed reimbursement cuts in the lung cancer community and Congress will hopefully convince CMS to reconsider the reductions.