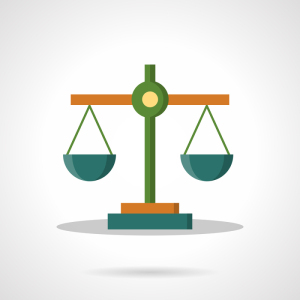 Men weighing options after a diagnosis of aggressive prostate cancer may be comforted to know outcomes from surgery and high-dose radiation have been found to be equally effective.

“Doctors and health care providers can counsel patients that they have two equivalent treatment options available in terms of survival,” Amar U. Kishan, chief resident for the Department of Radiation Oncology at UCLA, told HCB News.

The research also showed that a particular form of radiotherapy, consisting of external radiation followed by brachytherapy — radiation in which a radioactive source is put directly into the tumor – may give patients the best chance that the cancer won’t spread to other parts of their body.

His researchers analyzed 487 patients with aggressive prostate cancer between 2000 and 2013 at UCLA and two cancer centers, but Kishan described the age gap between those receiving surgery and those receiving the two different forms of radiation as "statistically significant."

He added that this is another important point to consider when comparing overall survival between different treatment types – generally, patients getting surgery are younger and healthier (i.e., “fit” for surgery), while the radiation groups will include patients who were not candidates for surgery due to age or general health.

“We were able to adjust for age in our conclusions. We didn’t specifically look at ethnicity, which is something we will try to address in future studies,” he explained.

“We are in the process of expanding our analysis to include patients from several other centers, and particularly looking to expand the number of patients we have who received extremely high-dose radiation,” he said. “This follow-up project will include more patients as well as information about toxicity, as available.”