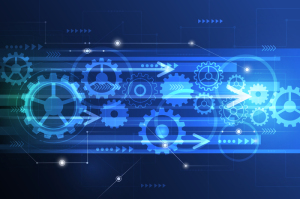 Preclinical research shows
dramatic improvements in SNR
A team of University of Houston researchers has developed a superconducting MR cryo-coil that improves the signal-to-noise ratio (SNR) by a factor of two to three compared to conventional coils. They have illustrated those capabilities by imaging detailed animal brain structures that are normally too small to observe.

“It has been well known for many years that in the case of a sufficiently small coil, the cooling of such coils, made of either copper or high-critical-temperature superconducting (HTS) materials, can provide very significant signal-to-noise ratio (SNR) improvement," lead researcher Jarek Wosik, from the Electrical and Computer Engineering Department and Texas Center for Superconductivity at the University of Houston told HCB News.

Results from preliminary testing of the 7 Tesla MR Cryo-probe were presented at the International Symposium of Magnetic Resonance in Medicine annual meeting in May. The coil can be optimized for experiments on living animals or brain tissue samples, and the team demonstrated an isotropic resolution of 34 microns in rat brain imaging.

Where a conventional coil does not have enough sensitivity to "see", a superconducting coil can still reveal details. But, according to Wosik, a practical design for such coils have proven very challenging.

The MR probe was designed to feature low-loss circuitry, very stable operating frequency of the coils at cryogenic temperatures over long periods of time, very short coil-body distance despite the presence of a vacuum shroud, and short scanning preparation time.

The team already has two patents and another pending on their research.

“In principle, each MR application requires specific optimization of both hardware and software (sequences) to manipulate spins in the most effective way to achieve the desired imaging results,” said Wosik. “Superconducting MR coils, which are only part of the hardware, have to be tailored and optimized for the protocols of a given application.”

He believes the technology could have beneficial applications in molecular imaging using carbon-13 and histopathology — but that may still be a long way off. “For clinical imaging arrays of superconducting, coils still have to be developed, because a larger field-of-view is needed,” he added.

As for the hypothetical possibility of producing even better MR images, Wosik says the scanner software itself would need to be improved in order for it to catch up with the capabilities of the cryo-coil.