Sterilizers get smarter as the scrutiny intensifies 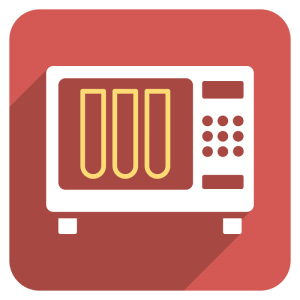 From the April 2016 issue of HealthCare Business News magazine

The sterile processing department has long been on the front lines in the war on cross-contamination and hospital acquired infections.In recent years, these departments have come under deeper scrutiny by accrediting bodies such as The Joint Commission. In turn, manufacturers are developing technology to make the sterilization process easier, faster and more efficient while ensuring stringent guidelines are met.

No matter the brand of equipment, or whether steam or low-temperature sterilization is used, a critical part of any sterile processing department is adherence to the instructions for use (IFU) as directed by device manufacturers, which validate that their device can be used in a specific system and with certain parameters for time and temperature.

Last year, for example, South Carolina company TSO3 received FDA approval of a sterilizer that uses a combination of vaporized hydrogen peroxide and ozone, with what the company says is a cycle time of 46 minutes with a 75-pound load capacity. “I see too many people jumping on the bandwagon before verifying that their devices have been validated by the device manufacturer that their devices can be sterilized in these systems,” Chobin says.

Hospitals looking at purchasing new sterilizers should verify the information they’re given from the sales representative. If they’re making a switch from steam to another method, they should make sure all the devices used are validated for the new method. Device manufacturers are also constantly updating IFUs. “I usually tell people that you should get your specialty instructions for use at least once a year, or every other year,” Chobin says. “Compare instructions for use with what [you] already have.”

While sterilizer manufacturers have made things easier with preprogrammed cycles, it’s still important to follow IFUs for specific devices. Skytron, which launched its first line of steam sterilizers in September 2014, after being mostly known for surgical tables, lights and booms, programmed its equipment with recommended parameters from the Association for the Advancement of Medical Instrumentation guidelines, but also allows for customers to create custom cycles, ideally based on the manufacturer’s instructions.
1(current)
2
3
4