The majority of adult smartphone users have at least one of 40,000 health apps 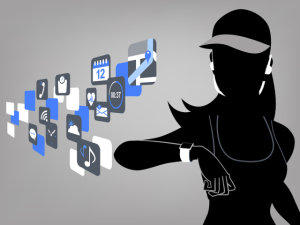 While people really like the idea of health apps, almost half no longer use the health apps on their phone, according to new research. Concerns about privacy, the cost of apps and burdensome data entry were the most cited reasons why the conceptually appealing notion of health apps was not as enticing for actual usage.

“For me, the most surprising finding was the high percentage – 41 percent – that wouldn’t pay for a health app or stopped using them because of hidden costs,” Dustin Duncan, an epidemiologist and assistant professor at NYU Langone Medical Center and the study’s senior investigator, told HCB News.

Co-author, lead investigator and clinical psychologist, Paul Krebs, added that a lack of physician involvement in recommending apps also appears to be a hindrance to widespread adoption.

“Only 20 percent of respondents reported that a doctor ever recommended a health app to them. This isn't surprising since evidence for their effectiveness is still very poor. We need more good clinical trials of these apps,” said Krebs. He noted a third of people surveyed said they did not think they needed a health app.

Krebs also said that about half of the people who use health apps stop using them because entering data was too burdensome.

The study was published in the current issue of the Journal of Medical Internet Research (JMIR), mHealth and uHealth (mobile and ubiquitous health) online; a new spin-off the JMIR.

Of the 1,604 adult smartphone users surveyed, 42 percent had downloaded five or more health apps, mostly related to fitness and nutrition. Demographics most likely to use health apps were determined to be younger, more educated, wealthier, Hispanic, or obese people.

About 65 percent of those surveyed – evenly split between men and women – used their health apps daily. Survey participants believed that the apps had improved their health and a majority had high confidence in the accuracy of health apps.

Cost was a major factor however, with 41 percent of respondents saying they would never pay for an app.

According to Duncan, the research was undertaken because he and his colleagues wanted to understand the landscape of health app use and patterns in the U.S. in order to improve population health.

“We hope the results of the study will help app developers to ultimately improve people’s health and increase customer satisfaction,” added Krebs.

They have several suggestions for app developers based on the survey results. These include: make apps more user-friendly and evidence-based; make data entry into the apps easier; promote the availability of the many health apps not related to nutrition and fitness; ensure privacy; and develop content for which customers are willing to pay.