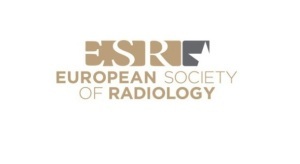 At this year’s ECR meeting in Vienna, Austria, a symposium, sponsored by Hologic Inc., was held to showcase the use of tomosynthesis systems in population-based cancer screening worldwide. Speakers from America, Spain, Italy and Norway spoke about their successes with the technology.

Study: There were 450,000 total examinations, 280,000 were 2-D only, and the time period was 365 days prior to the implementation of tomosynthesis at each individual site. They had about 170,000 patients who were imaged with tomosynthesis after implementation, to the cutoff date of December 31, 2012.

Results: The initial recall rate with 2-D mammography was 10.7 percent but when tomosynthesis was added, that recall rate was decreased by 15 percent. In addition, cancer detection increased from 4.2 per thousand to 5.4 per thousand, with a net absolute difference of 1.2 cancers per thousand. Respectively, the positive predictive value for recall and biopsy increased by 50 percent and for biopsy it increased by 21 percent.

Study: Large, single-institution prospective study that started on January 26, 2015, and it will end on December 31, 2016. The study group consists of women, between 50 to 69 years old, undergoing routine, biennial, two-view screening mammography.

The goal of the study is to evaluate the validity of tomosynthesis plus synthesized mammography, compared with digital mammography, as a gold standard in a screening program, by assessing cancer detection rates, recall rates, positive and negative predictive value for women recalled, and the type of cancer detected.

Expected results: They hope to increase cancer detection by 30 percent and reduce the recall rate by 18 percent in 2016.

Study: The STORM trial compared 2-D mammography alone versus integrated 2-D plus tomosynthesis. They enrolled women between 50 and 69 years old who had their digital mammography in combo mode.

Results: Using integrated 2-D plus tomosynthesis, they screened over 7,294 women and detected 59 cancers, which was 20 more cancers, compared to 2-D mammography alone. That was an increase in the cancer detection rate of 2.7 per thousand. They also had a reduction of false positive recalls.

Study: The Oslo trial started in November 2010 and closed in December 2012. Women between 60 and 69 years old underwent 2-D mammography plus tomosynthesis. Three interim analyses have been published from the Oslo trial.

Results: The first study included over 12,000 women and compared digital mammography to 2-D plus tomosynthesis. They found that adding tomosynthesis increased the cancer detection rate by 31 percent. The second interim analysis yielded the same results, a relative increase in cancer detection of 32 percent.