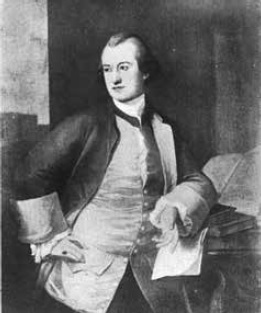 From the June 2014 issue of HealthCare Business News magazine
John Morgan, the physician responsible for establishing the Medical College at the University of Pennsylvania, America’s first medical school, was the son of a successful merchant who emigrated from Wales and settled in Philadelphia. Born on June 10, 1735, Morgan received a classical education from the prestigious Nottingham Academy before entering the College of Philadelphia (now the University of Pennsylvania). As an undergraduate, Morgan also began to study medicine by apprenticing for a well-known physician and working as a resident apothecary at the Pennsylvania Hospital.

In 1758, Morgan joined the British Army, and served as a surgeon on the frontier in the war between Great Britain and France. After four years in the military, Morgan sailed for Europe to continue his medical studies. While working on his medical degree at the University of Edinburgh, Morgan impressed many in the medical community with his intellectual prowess. Upon completing his degree, Dr. Morgan was elected as a member of the Royal Academy of Surgery in Paris and as a member of the Royal College of Physicians of Edinburgh and of London.

He spent some time traveling through Europe, while giving a lot of thought to the creation of a formalized medical school once he returned home. Upon arriving to Philadelphia in 1765, Morgan acted quickly, fearing that his rival Dr. William Shippen Jr., would beat him to it. Shippen also received his medical degree abroad and was already privately teaching a number of anatomy courses. Morgan submitted a formal proposal to the Board of Trustees of the College of Philadelphia to establish a medical school and nominated himself to be in charge.

The trustees approved Morgan’s plan, paving the way for him to establish the first medical school in the American colonies. He was named Chair of Theory and Practice of Physic, the first medical professorship in the country. Only after Morgan secured his position at the helm of the newly created school did he name Shippen to be the school’s Professor of Anatomy.

In 1775, members of the Congress asked Morgan to shift his focus from teaching to help the colonies gain their independence. He was nominated and appointed to be the Director-General and Physician-in-Chief of the army’s hospitals. He faced a number of challenges — overcrowded facilities, incompetent staff, and a lack of resources. In addition, typhoid fever, malaria, dysentery, and small pox were rampant among the troops. Although given the circumstances, Morgan made many improvements by streamlining operations and standardizing various care processes, overseeing the army’s hospitals still proved to be a difficult and politically charged task. In the eyes of the Congress, anytime something went wrong, Morgan was to blame. His old rival didn’t make it any easier. Shippen played a crucial role in agitating Congress to remove Morgan from his position. First, Shippen took over the army’s medical operations east of the Hudson, and then completely replaced Morgan in his role.

Morgan was thoroughly disappointed and disturbed by his abrupt dismissal. He wrote and submitted a report to Congress that sought to restore his reputation. It took two years, but Congress vindicated Morgan with a formal apology. And although he was never asked to serve again, he did get to take revenge on Shippen. Morgan brought forth charges of malpractice and misconduct of his office against his rival, who was court-martialed and eventually had to resign.

Morgan continued to teach and practice medicine until 1785, when he retired from his position at Pennsylvania Hospital. Although he never fully recovered from being humiliated by Congress, he served as the chair of the medical school he established until he died at the age of 54 on October 15, 1789. Dr. Morgan is buried in the churchyard of St. Peter’s in his native city of Philadelphia.