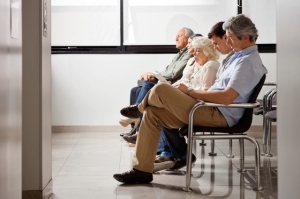 Under the health care law, many insurers are required to cover a number of preventive services, such as cervical, breast and colon cancer screenings, at no cost to patients. But Medicare beneficiaries may find themselves saddled with hidden fees.

A "preventive service" may not always be exactly what it says on the tin. For example, a colonoscopy bill can go from free to hundreds or even thousands of dollars if a polyp is found and removed while the patient is under anesthesia.

The Obama administration released clarification that non-grandfathered private insurers cannot charge a co-pay — which can run up to $230 — for colorectal cancer screenings that result in polyp or other tissue removal. For breast cancer screening, the administration clarified in February that both genetic testing and counseling for the BRCA 1 and BRCA 2 genes would be available without cost-sharing in the private insurance market.

In an attempt to grant Medicare beneficiaries similar perks, Rep. Charlie Dent introduced legislation in the U.S. House of Representatives (HR 1070), "Removing Barriers to Colorectal Cancer Screening Act of 2013", that would remove their cost-sharing for polyp removal during a routine screening colonoscopy.

The American Cancer Society Cancer Action Network (ACS CAN) is currently working with other patient and provider groups to increase awareness about this issue and encourage co-sponsorship of the bill by other lawmakers.

"Although the Department of Health and Human Services has offered guidance to close the loophole in the private health insurance market, the ACS CAN is still advocating that the co-pay be removed for Medicare beneficiaries," Mona Shah, associate director of federal relations for the ACS CAN, told DOTmed News.

ACS CAN, the advocacy affiliate of the American Cancer Society, has also been talking to the Centers for Medicare and Medicaid Services to see if the department would correct this oversight in Medicare, as the administration did in the private insurance market.

The American Gastroenterological Association (AGA) continues its attempts to garner additional support for this legislation and try to attach this bill to a larger Medicare bill such as the "doc fix" bill or Medicare reform legislation, according to AGA member and spokesperson, Dr. Joel Brill.

Regardless of these ambiguities, if the patient is left glassy-eyed by what they are and are not entitled to, it is still his or her personal responsibility to do their own research before undertaking preventive services.

"The public should also be aware that all of the free prevention guidelines are based on screening recommendations for an average-risk population," said Shah.

Prevention guidelines for individuals at higher risk for cancer can include shorter screening intervals — for example, colonoscopies every three to five years, rather than every ten years for someone who is not at elevated risk for the disease. Therefore, screening recommendations for high-risk populations may carry some cost-sharing, depending on the insurance plan.

"The patient should check with their insurer to see if cost-sharing, co-pays and/or deductibles - for the endoscopist, facility, pathology, anesthesiologist - are waived if the screening procedure becomes therapeutic," Brill said.