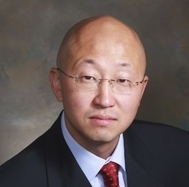 Sei Lee,
lead author.
A new study may help better pinpoint cancer screening candidates after results found that breast and colorectal cancer screening harms are likely to outweigh benefits for patients with a life expectancy of less than 10 years.

"Cancer screening is not well targeted at the moment," Sei Lee, the study's lead author and assistant professor of medicine, division of geriatrics at San Francisco's University of California, told DOTmed News. "It is both underused and overused. There are many people who probably would benefit from it who don't get it, and other people who would not benefit from it who are getting it."

While previous trials have focused on the size of benefit rather than when those benefits occur, this study's goal was to estimate the time-lag to benefit, or the time between screening and when the benefits of screening are seen, to determine whether an individual patient is likely to benefit from screening.

The results of five breast and four colorectal cancer screening trials focusing on patients aged over 50 were analyzed. The trials were published between 1986 and 2008 and ranged in size from just under 40,000 people to just over 150,000 people. Follow-up ranged from 8-20 years.

Mammograms and fecal occult blood tests are unlikely to cause problems on their own, but approximately one in ten people screened will have a false positive result and many more will be subject to possibly unnecessary treatment. Abnormal results can lead to more invasive procedures like a biopsy or colonoscopy. And those with a short life expectancy are at a much higher risk of complications from these procedures, according to Lee.

That is not to say those with a short life expectancy should be denied screenings. Lee stressed that his goal is not to increase or decrease cancer screening, but merely to make sure it is better targeted.

"It's not like we are not allowing Grandma to get these tests," he said. "Let's say a patient and I decide together that they shouldn't get a screening, and they come back to me a month later and say, 'I cant sleep at night, this is making me anxious.' I would argue, in those sorts of situations, if not doing test is making a patient upset, we absolutely should do these tests."

To help doctors determine which patients have a short life expectancy, Lee and his team developed eprognosis.org. Doctors can plug in specific factors to get an estimate of a patient's life expectancy or mortality risk.

"I think with this new knowledge, it will help patients and doctors make better, more informed decisions together about whether or not to do a screening," said Lee. "Patients should be evaluated on an individual basis."

Cleveland Clinic scammed out of $1.8 million for faulty masks