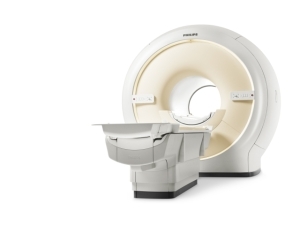 Despite a struggling economy, MRI continues to be at the top of the equipment wish list for many hospitals and medical facilities. And that hasn’t been lost on manufacturers, with several introducing new scanners over the past year. Yet as the sector continues to make advancements that improve the patient and user experience, it also must adapt to increasing financial hardships and a changing health care system. MR experts agree: moving forward, everyone will have to learn how to do more with less.

MRI sales in the U.S.

In 2010, approximately 575 MRIs were sold in the United States, according to Isuru Silva, a research analyst for Millennium Research Group, which provides market intelligence on medical technology. Silva is the author of the report “US Markets for Diagnostic Imaging Systems 2011,” released in December 2010.

“Sales were slowed in both 2009 and 2010. However, we’re seeing some recovery into 2011 and that should continue going forward slowly over the next two years,” says Silva. “I think the major impact of this market right now is that the overall market is being saturated, just in terms of most facilities already having an MRI system and they’re for the most part running under capacity.” Silva believes, in the future, most MRI sales will be replacement sales.

According to Silva, out of all the MR units sold in the country in 2010, 64 percent were 1.5 Tesla; 26 percent were 3 Tesla; and 10 percent were open-bore systems. He says the open MRI market has been growing a little. “There are a couple of systems right now that have a higher field strength,” he says. “That used to be one of the limiting factors of these open systems; the image quality was poorer. But now with the higher field strengths, we’re seeing some growth in this segment.”

What’s new with the OEMs of MRI?
Milind Dhamankar, the senior director of product marketing for MRI at Siemens Healthcare, says its MRIs have been selling well. In June 2011, the Food and Drug Administration approved Siemens’ Biograph mMR, a hybrid imaging system that is the first of its kind to combine MRI and PET. “No other vendor has this technology,” says Dhamankar of the time-saving scanner. When it comes to selling MRIs, Siemens’ main customers include hospitals, research centers, universities and diagnostic imaging facilities. Dhamankar estimates Siemens currently conducts approximately 25 percent of its business in the U.S. and 75 percent internationally.
1(current)
2
3
4
5
6