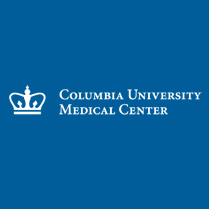 Columbia University Medical School will decrease its involvement with Harlem Hospital Center on Jan. 1, 2011, according to the city's Health and Hospitals Corporation and a report from The Columbia Spectator.

HHC's budgetary concerns, which extend to 11 public hospitals including Harlem Hospital, have sparked a restructuring process of the hospital system, reducing the workforce and affiliations with the city's medical schools in an effort to slash costs.

The four-year restructuring and cost-containment plan for the city's public health care system, which was announced in May, will generate $300 million in new savings. The savings will come from consolidating programs, contracting for targeted support and technical services and closing a small number of clinics, according to the corporation.

These $300 million in savings are on top of an additional $300 million in savings and enhanced revenues expected from the corporation's actions over the last two years to address a $1.2 billion budget deficit. The deficit, according to the corporation, has resulted from reduced state and federal Medicaid funding, a dramatic rise in uninsured patients and increasing pension and health care costs.

As part of the restructuring plan, Columbia University Medical Center's role with Harlem Hospital will be solely academic. As a result, nearly 600 staff members employed through the medical school's affiliation will experience a change in employment starting in 2011, according to a notice Columbia filed with the state's Department of Labor at the end of August, the Spectator reported.

Columbia's affiliation with the hospital uses money from the city to pay the hospital's doctors and staff members. As an academic-only partner, Columbia faculty will continue teaching medical students and oversee the residency and fellowship programs at the hospital. The administrative duties, which Columbia has performed, will become the responsibility of a physicians group for the short term.

"[Health and Hospitals Corporation] is consolidating its affiliate agreements for physician services to better position itself for federal health reform, drive expeditious change across the entire system and achieve even more efficiency and quality improvements," a corporation spokeswoman told DOTmed News by e-mail. "Both [Columbia and HHC] are committed to working together in serving the Harlem community."