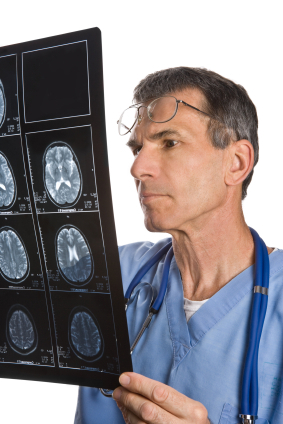 Stroke are often preceded
by less severe episodes
providing valuable
advance warning
People who have "warning strokes," known as transient ischemic attacks (TIAs), before suffering a stroke have better outcomes than those who suffer full-blown strokes with no prior warning, Daniel G. Hackam, M.D., Ph.D., of the University of Western Ontario, has found.

One out of every eight strokes is preceded by a "warning stroke," according to his research, published in the September 29 print issue of Neurology.

"When people experience TIAs--also known as mini-strokes--they might feel weakness or numbness, usually on one side of the body; trouble with speech or comprehension; trouble with vision, or other symptoms," Dr. Hackam tells DOTmed News.

For the study, Dr. Hackam identified all people at Ontario hospitals with a diagnosis of stroke during four years. Of the 16,400 patients, 2,032, or 12.4 percent, had a TIA prior to the stroke. During a TIA, stroke symptoms last for less than 24 hours and then are resolved.

He also discovered that those patients who had "warning strokes" were typically older than those who didn't. They were also more likely to have diabetes, high blood pressure and heart problems.

"It's possible that the blood vessels of those with warning strokes were preconditioned to the lack of blood flow, which protected them from the larger stroke," Dr. Hackam speculates.

He adds, "Any person who experiences minor stroke symptoms should get to the emergency room immediately."

Dr. Hackam says physicians need to better manage risks so that strokes can be prevented entirely. Previous studies have shown that up to 80 percent of strokes after TIAs can be prevented when risk factors are managed intensively, he notes.