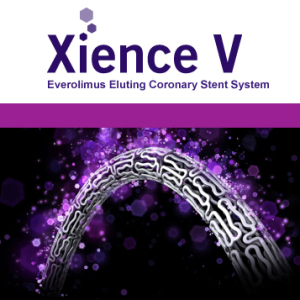 Abbott Xience V
Although Abbott's second-quarter earnings of $1.29 billion, or 83 cents a share, were down from $1.32 billion, or 85 cents a share in last year's second quarter--due to restructuring and acquisition costs and a stronger dollar--the company's Xience drug-eluding stent emerged as a star player.

U.S. vascular sales--including Abbott's stent--surged 34 percent to $658 million, as Xience has become the market leader since its 2008 launch.

Excluding items such as acquisition and restructuring costs, earnings would have climbed to 89 cents from 84 cents, in the year-earlier period.

The company says a 4-percentage-point drop in sales was due to loss of patent protection for its top-selling, anti-epilepsy drug Depakote.

Offsetting Depakote's demise, Humira, an injectable drug for arthritis, which competes with J & J's Remicade and Wyeth's, Enbrel, jumped about 20 percent to $1.31 billion.

"We achieved our performance goals for the quarter, with results at the high end of our previous expectations," said Miles D. White, Abbott's chairman and chief executive officer.