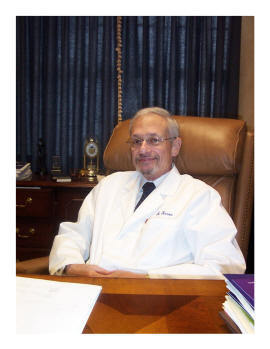 The $125,805 gift will establish an endowment to pharmacology graduate students studying Dr. Karow's chosen branch of science, pharmacology, the action of chemicals, including drugs, on living tissue.

Dr. Karow was an accomplished researcher who worked to improve the preservation of transplantable organs, tissue, sperm and eggs.

Along with Dr. Roy Witherington, former MCG chief of urology, Dr. Karow helped establish the first clinical sperm bank in the Southeast at MCG. The sperm bank became the private Xytex Corporation, Inc., in 1975 and eventually grew to Xytex Cryo International under Dr. Karow's leadership. Dr. Karow was a faculty member in the MCG Schools of Graduate Studies and Medicine from 1968 until his retirement in 1997, when he was named Professor Emeritus.

The Karow family's gift to the library will help fund ongoing refurbishing and technology upgrades.

The 70,000-square-foot library is open 98 hours per week, provides round-the-clock virtual access and is part of the University System of Georgia's Galileo initiative, which makes available the informational resources of 2,000 public and private colleges and universities, K-12 schools, public libraries and more.