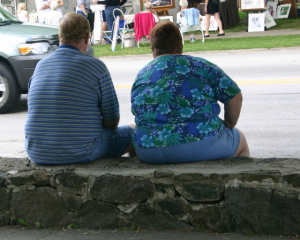 Bariatric surgery is a lifesaver
but comes with serious risks
The most popular type of gastric bypass surgery appears to nearly double the chance that a patient will develop kidney stones, despite earlier assumptions that it would not, Johns Hopkins doctors report in a new study. The overall risk, however, remains fairly small at about 8 percent.

As rates of morbid obesity have climbed in recent years, so has the popularity of various weight-loss operations, with more than 200,000 patients expected to have one of these procedures this year.

The most common type of weight loss, bariatric surgery, called Roux-en-Y, in a nod to the Y-shape of the surgical connections that go around part of the bowel, accomplishes weight loss by decreasing the size of the stomach and allowing food to bypass part of the small intestine.

While other bariatric procedures have been shown to decrease calcium absorption and increase the risk of kidney stones, doctors have long assumed that the Roux-en-Y procedure did not.

To test the assumption, researchers led by Brian Matlaga, M.D., assistant professor of urology at the Johns Hopkins University School of Medicine and director of stone diseases and ambulatory care at Hopkins' James Buchanan Brady Urological Institute, used an insurance claims database to identify 4,639 patients who had undergone Roux-en-Y surgery between 2002 and 2006.

The researchers identified a second set of 4,639 patients who had similar characteristics--including age, gender, and body mass indices that indicate obesity--but had not undergone surgery.

Researchers then looked to see which patients were either diagnosed with kidney stones or had treatment for this condition. Their results showed that while only 8 percent of the Roux-en-Y patients developed kidney stones, they were nearly twice as likely to get this condition as the patients with similar characteristics who didn't have weight loss surgery.

The researchers published these findings in the June 20009 Journal of Urology.

"Our study is not an indictment of bariatric surgery--the benefits of this surgery are well known," says Matlaga. "Rather, we'd like to help physicians understand that their bariatric patients could be at risk for kidney stones, a condition that could be avoidable with proper preventative care."

Matlaga explains that kidney stones are often caused by an excess of a dietary component known as oxalate, which normally binds with calcium and is flushed out of the body. Roux-en-Y surgery might reduce the amount of calcium that patients absorb, contributing to kidney stone formation. Consequently, Matlaga adds, doctors may be able to help patients avoid kidney stones through calcium supplements or other interventions.

Kidney stones are solid mineral crystals that form within the kidneys and can cause pain that is frequently severe. Each year, people make almost 3 million visits to health care providers and more than half a million people go to emergency rooms for kidney stone problems.