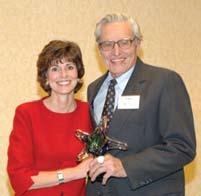 If you're asked to consider what it's like to be in prison, plenty of thoughts would come to mind. Movies and media supply a lot of information, some factual, some wildly embellished. However, 44 years ago, even a movie script would have seemed far-fetched to most of the American public if it detailed what happened to a 26-year-old convict while working in a prison roadwork gang, June 14th, 1965.

Robert Pennell was with the roadwork crew trimming limbs from a fallen tree near Lowgap, NC, when he slipped. He tried to stop his fall by grabbing the tree as a fellow inmate swung the axe at it. Pennell's hand was severed just above the wrist. It would be a stretch to consider him lucky, but under the circumstances, it would be possible - Pennell had a few factors in his favor.

The quick actions of his fellow inmates helped to save his life and his hand. One created a tourniquet using just a shoestring and a stick, preventing extensive blood loss which would have quickly led to death. Another picked up the severed hand and wrapped it in a handkerchief. When the ambulance arrived, the hand was packed in ice and transported to North Carolina Baptist Hospital in Winston-Salem (now Wake Forest University Baptist Medical Center), riding next to its owner.

The final stroke of luck occurred because the director of the surgery research laboratory, Dr. Jesse H. Meredith, had been thoroughly researching limb re-implantation. The procedure had recently captured the public's attention, first with a 1962 TIME magazine article documenting a successful reattachment of a 12-year-old Little League pitcher's right arm which had been severed in a train accident near Boston. Two years later, TIME reported on the successful operation by Chinese surgeons who had been the first ever to reattach a man's hand. Meredith was well-aware of these ground-breaking surgeries and he and his surgical team were in the position to become the first in the United States to reattach a human hand.

Today, the tools he had available might be considered unsophisticated and potentially not up to the job. But Meredith's experience more than made up for any shortcomings to be found in the available surgical equipment. Just 90 minutes after the accident occurred, a surgical team scrubbed the stump and the hand while Meredith prepared to make American medical history.

Meredith first set the bones. Next, he repaired the severed arteries and unclamped them. The hand itself was perfused with blood for four minutes to clear the vessels of any debris or blood clots before rejoining the veins. The final steps included repairing nerves and tendons and stitching up the skin. When the procedure was completed, a cast was put on the patient to keep the bones from shifting and undoing any of the stitches. All told, the operation lasted eight hours.

Even though the public was incredibly eager to read about groundbreaking medical stories, Meredith remained humble. In fact, his wife wasn't even aware of the surgery until she read about it in a newspaper.

Meredith estimated that it was unlikely that Pennell would regain full feeling in his hand, but he did anticipate that he would eventually regain as much as 70% of its function. One part of the success of the operation could be given to Pennell - he had sharpened the axe that severed his hand earlier that morning. The sharpened tool helped to provide much neater artery and nerve-endings to reattach.

Unfortunately, Pennell's "luck" wouldn't last too much longer. He died just a year after the surgery from injuries sustained in a car accident.

Meredith continued to build on his successes. Years before the hand reattachment surgery, he had developed the Jesse H. Meredith Laboratories of Surgical Research. He went on to receive awards and recognition over the years, and became a trauma expert, burn specialist and surgical researcher. He also developed a kidney transplant program, burn unit and trauma service.