An Investment Analyst's Take on the Med-Tech Sector 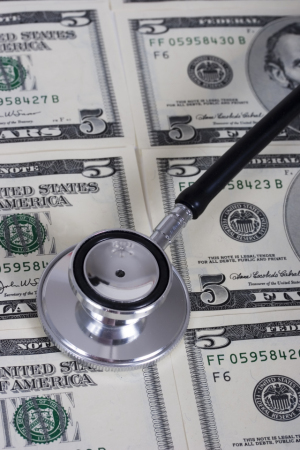 Economic realities hit
the medical sector
NextWave, a stock research boutique in Boca Raton, FL, (www.nextwaveresearch.com) put out a press release last week advising investors that the winning medical device companies in today's recessionary market will likely be those firms selling low-tech items that are in constant demand like syringes, stents, catheters, diagnostics; and/or devices that are so novel they outshine the competition.

(See our prior coverage at https://www.dotmed.com/news/story/7941.)

DOTmed News checked in with the company's analyst, John Putnam, this week to see which types of companies he thought would outpace their peers in the small to medium med-tech sector. Before giving us his picks, Putnam gave us this background: The Dow Jones Medical Devices Index dropped 37 percent last year, barely outpacing the Dow Jones Industrials, which dropped 39 percent for the year.

"Usually, the medical device sector is more recession-proof but not this time," Putnam says.

This cutthroat market hurts subsidiaries like J&J's Mentor Corp., which makes breast implants and other aesthetic products, Putnam says, reminding us that J&J bought Mentor in December, so it is no longer up for grabs. Mentor also has a Botox-like product, called PurTox, now in clinical trials, which is eventually expected to compete with Botox-maker Allergan.

J&J, with its huge cash-flow and diversification, can digest the buyout and wait for a market upturn to sell these products, Putnam says.

But this is a lesson of sorts, he says, since companies that cater to elective surgery, especially cosmetic surgery, are out of favor right now, because people "will defer every medical procedure they can," Putnam says.

Also out of favor is novel start-up Intuitive Surgical (Sunnyvale, CA), which makes the Da Vinci Surgical System. The robot "makes good surgeons into great surgeons by making the precise movements" surgeons need for excellent outcomes, Putnam says. Still, at about $1 million for a single robot, the equipment is too pricey for all but the "toniest" hospitals in the U.S. to afford, he says. As a result, Intuitive's stock has slid from $331.13 in July, to $100 today, Putnam tells DOTmed.

In the stent arena, he says Abbott's Xience drug-coated stent, cleared in June, is superior to its competitors', including J&J's Cypher as well as Medtronic's and Boston Scientific's stents.

"The clinical data on Abbott's stent is better and it's a superior product," Putman says. "In this crowded market for stents, you need a novel product like the one Abbott has."

Putnam also likes NuVasive (San Diego), a cutting-edge start-up in minimally invasive spinal surgery. He says spinal surgery is something that can't be deferred if you need it. "If you've gone through drug treatment and that doesn't work, eventually you'll end up in surgery and it's not something you can put off." NuVasive's leading technology in minimally-invasive surgery should make it a winner in a market where surgery is all but mandatory, he says.
1(current)
2