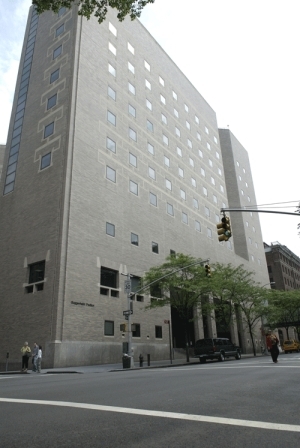 Mt. Sinai
The Mount Sinai Medical Center has been named a Cardiac Arrest Center by the New York City Fire Department and the Emergency Medical Service because the emergency department is equipped to administer a delicate cooling therapy to cardiac arrest patients. The therapy reduces the chances of brain damage and increases the patient's chances of survival.

Under a city policy that took effect January 5, ambulances that respond to 911 calls for cardiac arrest will take patients who might benefit from hypothermia treatment to the closest designated center. Mount Sinai is among 12 centers that can provide the therapy in Manhattan, and eight hospitals, including Mount Sinai Queens, have been approved in Queens.

"Mount Sinai has been developing and providing this treatment for about a year. This designation will enable us to provide this critical therapy to a greater number of cardiac arrest patients," said Kevin Chason, DO, director of Emergency Management and Pre-Hospital Care. "Making hypothermia a standard part of post-resuscitation care will help many more patients survive and reduce the possibility of brain damage." He said about 2,000 patients per year could be eligible for this therapy citywide.

Many cardiac arrest deaths are caused by brain damage due to a lack of oxygen to the brain. Studies show that this damage can be reduced if the pulse of a cardiac arrest patient is restored and the body temperature cooled to about 8 degrees Fahrenheit below normal.

The policy, which was devised by the city's fire department and the Emergency Medical Service, states that only those cardiac arrest patients who have been revived enough to show a pulse, and whose heart problems are not associated with some other trauma, are eligible for the treatment. About 25 percent of the 7,500 out-of-hospital cardiac arrest cases reported in New York City annually will be eligible.

There are designated cardiac arrest centers in all five boroughs, but not all of the city's 59 hospitals with emergency departments have been named as such. Seattle, Boston, Miami, London and Vienna also have similar regulations that require ambulances to take certain cardiac arrest patients to designated hypothermia centers, potentially bypassing closer hospitals that do not have the treatment.