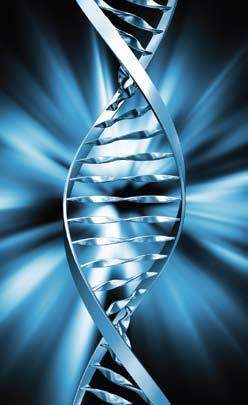 DNA: the key to life
Note: This report originally appeared in the February 2009 edition of DOTmed Business News.

Snowflakes have some competition when it comes to being unique. Just like those frozen droplets of water, no person is exactly like any other. Even "identical" twins don't live up to that moniker. We know much of this due to studies of DNA and those studies owe much to the discoveries by James Watson and Francis Crick.

The two researchers were in a race with others in the early 1950s to build a model that would help to uncover the structure of DNA. To do so, Watson and Crick had to familiarize themselves with scientific specialties including genetics and various sub-specialties in the field of chemistry. Each researcher brought their existing knowledge to the table with Watson offering experience in viral and bacterial genetics and Crick holding knowledge about physics and X-ray crystallography.

The undertaking was daunting and the two worked steady for 18 months trying to prove that DNA could be the key to life. The pair built upon a mish-mash of discoveries from others, recognizing some findings that would prove vital to their own research. It was Linus Pauling, the accomplished physical chemist who almost relegated Watson and Crick to historical obscurity. Pauling had discovered the alpha helix and he introduced the model building in chemistry that would lead to the Watson and Crick model of DNA. Although on the right track, Pauling's three-stranded model proved incorrect when he revealed it in February 1953. Watson and Crick also had incorrect three-stranded versions.

A suggestion by Jerry Donohue, an office mate of the two, led to the breakthrough they needed. Donohue had explained the configuration for the rings of carbon, nitrogen, hydrogen and oxygen illustrated in chemistry textbooks of the time were incorrect. On February 28, 1953, Watson reconfigured the model based on the suggestions of his friend and discovered the outside rails of the DNA ladder could match up and hold together with hydrogen bonds.

Their first announcement to the world took place in an arguably un-scholarly location. Crick walked into the Eagle Pub in Cambridge, England, with the announcement, "we had found the secret of life." That evening, he also told his wife "that we seemed to have made a big discovery." His wife believed it as much as those at the pub had. Years later, she told him that she "hadn't believed a word of it." She said, "You were always coming home and saying things like that, so naturally I thought nothing of it."
1(current)
2