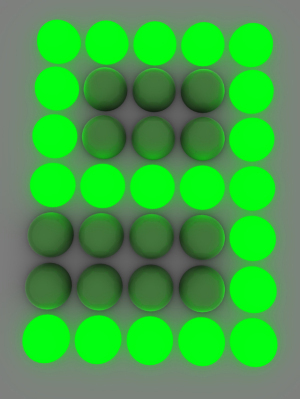 A painful countdown
for healthcare
NEW YORK (GlobeNewswire via COMTEX) -- The financial downturn, a new President and growing public demand for health reform will force health organizations to react quickly in 2009, according to the Top Nine Health Industries Issues in 2009, published today by the Health Research Institute at PricewaterhouseCoopers LLP (PwC).

In its annual review of the top concerns for health executives and policy makers, PwC says the health industry will face a plethora of challenges in the year ahead, including how to deal with more underinsured Americans; adapt to new coding and payment methods; and fund new cures in a capital-starved market.

"President-elect Obama has called for significant reform for healthcare and will have a Democratic Congress supporting him. The convergence of market and political forces will drive the greatest change in healthcare in a generation, changes that could benefit patients and make the health system stronger."

The report is an annual review of the most pressing issues for health executives and policy makers. According to PricewaterhouseCoopers' Health Research Institute, the top nine health industry issues in 2009 are:

1. The Economic Downturn Will Hit Healthcare

Although the health industry historically has been less vulnerable to economic downturns than other industries, the disrupted economy will hit healthcare in 2009. Hospitals and other providers, from family physicians to dentists, will experience an increase in bad debt and a drop in elective procedures.

Investment portfolios for all health organizations have been affected. The payer mix is shifting away from relatively lucrative commercial insurers, as they are seeing a drop in enrollment and premium revenue, a trend that will likely continue if employment drops further.

Charitable donations and investment income are down, and improvement projects involving capital outlays for IT, facilities and equipment have been put on hold. Pharmaceutical and biotech companies have seen their valuations drop, which could further affect their access to raise additional capital. Health organizations that need to find new sources of capital will have to demonstrate that they're improving their core businesses, improving efficiencies and delivering value.
1(current)
2
3
4