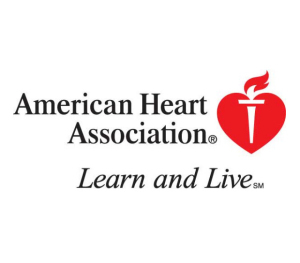 American Heart Association
Synvista Therapeutics (Montvale, NJ) finds vitamin E is extremely helpful for some diabetics and has marketed a test to identify them.

That is established science, Dr. Berkowitz says. The newest study says that if these patients stop taking Vitamin E, their risk of heart attack rises dramatically.

In a prospective study called CARE, individuals with diabetes who were age 55 or over, from 47 primary-care clinics in Israel underwent haptoglobin genotype testing and were randomized to receive either Vitamin E or placebo. (Haptoglobin in humans exists as three different proteins that arise from one of three haptoglobin gene combinations in the population.)

The patients were followed for three years to track heart attack, stroke and death (from cardiovascular disease and all causes). During the study, it was determined that those who had the Hp2-2 genotype and who also received Vitamin E had a drastically reduced incidence of MI compared to placebo. HDL function was also improved.

However, after only two months of stopping Vitamin E, HDL function had deteriorated to its level of dysfunction prior to the initiation of the study. Furthermore, in the 15-month period following the termination of the study, there was little difference in the incidence of heart attack in those Hp2-2 individuals who had received vitamin E (and stopped taking it at the end of the study) and those who received placebos.

Speaking of marketing his company's haptoglobin genotyping test, Dr. Berkowitz told DOTmed that, "right now, there is only one lab in the US that we have offered a license to, ARUP Laboratories in Salt Lake City.

"We're developing a kit that can be mass produced, which any hospital in the country can use, or that doctors can send a sample of, to many different labs. The kit is expected to receive FDA clearance in the next six months," Dr. Berkowitz says.

Patients who test positive for the haptoglobin HP-22 gene and are diabetic have up to a fivefold risk of having a heart attack or stroke over a long period of time compared to other diabetic patients, Dr. Berkowitz says. He adds that these patients should aggressively keep their diabetes under control. About 36 percent of diabetes patients in the US have the HP-22 genotype, he says.
1(current)
2
3
4