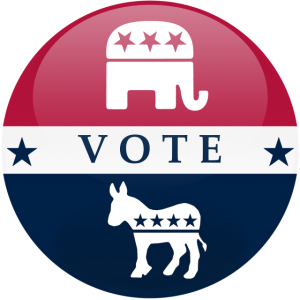 Psychological factors may
influence political choices
As Americans went to the polls in record numbers to select the next U.S. president, some voters craved social stability and others social change. Liberals and conservatives divide according to these personality preferences, according to John Mayer, professor of psychology at the University of New Hampshire. Mayer coined the term "emotional intelligence."

"Our votes are an expression not only of which candidates are best -- the Republicans, Democrats, or those candidates of another party -- but also of our own way of perceiving and thinking about the world and what is good or bad about it. Our personal perceptions and thoughts in this area (and others) have been shaped over time within our personalities," Mayer says.

Personality is interior and private, with no direct access to the outside world (everything is filtered through the senses: one's eyes, ears, touch, etc.) For that reason, each person creates a mental world that represents the real one to a greater or lesser degree. Mental models guide each person and how he or she perceives the world, including the social features they prefer or abhor.

Certain personality characteristics generally influence whether a person is a liberal or a conservative, according to Mayer:

Liberals:
-View social inequities and preferred groups as unjust and requiring reform.
-Prefer atheists, tattoos, foreign films and poetry.
-Endorse gay unions, welfare, universal health care, feminism and environmentalism.
-Exhibit creativity, which entails the capacity to see solutions to problems, and empathy toward others.
-Tolerate complexity and ambiguity.
-Are influenced by their work as judges, social workers, professors and other careers for which an appreciation of opposing points of view is required.

Conservatives:
-Willing to defend current social inequities and preferred groups as justifiable or necessary.
-Prefer prayer, are religious people.
-Endorse the U.S. government, the military, the state they live in, big corporations and most Americans.
-Are more likely to be a first-born, who identifies more with their parents, predisposing them to a greater investment in authority and a preference for conservatism.
-Have a fear of death, reflecting an enhanced need for security.
-Are conscientious -- the ability to exert personal self-control to the effect of meeting one's own and others' demands, and maintaining personal coherence.
-Need simplicity, clarity and certainty.

Mayer has published more than 100 articles, chapters, books and psychological tests, including his most recent book, "Personality: A Systems Approach." In 1990, Mayer and Peter Salovey of Yale University coined the term Emotional Intelligence and provided the first scientific research on the topic. He has served on the editorial boards of Psychological Bulletin, Journal of Personality, Journal of Personality and Social Psychology and the Review of General Psychology. He holds a Ph.D. from Case Western Reserve University. His blog, The Personality Analyst, discusses other aspects of the presidential election and personality, and is available at http://blogs.psychologytoday.com/blog/the-personality-analyst.