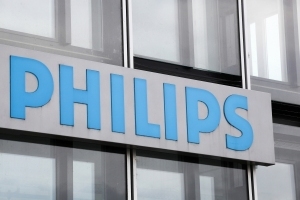 The deaths were among more than 48,000 medical device reports made about the issue. The number of MDRs was more than twice the 21,000 submitted between April 2021 and April 2022. The FDA is investigating the increase, according to MedTech Dive.

“The incidence, prevalence, or cause of an event cannot typically be determined from this reporting system alone, due to underreporting of events, inaccuracies in reports, lack of verification that the device caused the reported event, and lack of information about details such as frequency of device use,” it said in a statement.

The MDRs submitted to the FDA include both mandatory reports from Philips and voluntary ones from health professionals, consumers and patients. Since April 2021, the agency has received more than 69,000 complaints linked to the machines, far greater than the 30 it received in the decade before the recall.

Spokesman Steve Klink said the increase was due to greater public awareness about the issue.

An update by Philips in June said that U.S. and European testing showed foam degradation was very rare and linked almost exclusively to unauthorized cleaning products.

The company orchestrated a recall and repairs operation in September and says it is approximately halfway through. The recall cut $30 billion from its market value and led to it leaving the sleep therapy market for at least a year, creating more opportunities for its competitors.

It also recently announced the departure of its longtime CEO Frans van Houten, who will step down in October and be replaced by Roy Jakobs, head of Philips’ Connected Care business, who will oversee the rest of the recall.

The new MDRs were announced the same day as van Houten’s departure, according to Reuters. A company spokesperson called this a “coincidence.”

Philips is currently talking to the U.S. Department of Justice about a consent decree to resolve the identified issues with the devices.