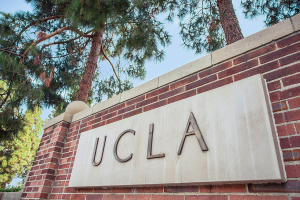 During his 35-year career, Heaps is accused of groping and sexually assaulting hundreds of students. The women claim that university officials were aware of complaints brought against him, but did nothing to stop his behavior or remove him, and hid the abuse for decades.

Heaps, 65, retired in 2018. He was arrested in 2019 and has pleaded not guilty to 21 counts of allegedly sexually assaulting seven women. He faces up to 67 years in prison, if convicted, according to The Associated Press.

The UC system has already made several settlements with other victims, and UCLA has agreed to pay nearly $700 million to them. The current one is a settlement with 312 women and resolves the vast majority of claims against Heaps. “Dr. Heaps sexually abused patients for years while UCLA Health put profits over their safety. Today’s settlement is the result of the bravery of these victims and sends a message that healthcare institutions must protect vulnerable patients and act decisively at complaints of abuse," attorney Jennifer McGrath said on May 24 in a statement.

Following a complaint made by a student in 2017, the university investigated Heaps and found the student's claims to be true. Heaps stayed on until June 2018. Following his 2019 arrest, his license was suspended, and the past allegations against him came to light in November of that year. In addition to sexual assault, his accusers say that he made suggestive comments during pelvic and breast exams and conducted unnecessarily invasive tests.

Previous settlements have amounted to $316 million. Earlier this year, the university agreed to pay over $240 million to 203 women who came forward. It made another settlement of $75 million in 2021 with more than 5,000 accusers, many of whom were cancer patients who alleged that Heaps groped them, used an ultrasound probe to simulate intercourse and made sexual comments. The settlements will be financed through a combination of insurance, risk financing and capital bond proceeds.

Allegations of sexual abuse against campus doctors have risen and led to larger settlements in the past few years. Back in January, the University of Michigan agreed to pay $490 million to students sexually abused by the late sports physician Dr. Robert Anderson. The majority of his victims were men, with allegations dating back to the 1960s.

Michigan State also agreed to pay $500 million to 300 women and girls assaulted by Larry Nassar, a former campus sports doctor and a physician for USA Gymnastics. Nassar was also accused of sexually abusing Olympic gold medal gymnasts and is currently behind bars.

Also in Los Angeles, the University of Southern California in 2021 paid more than $1 billion to settle thousands of cases against longtime gynecologist George Tyndall. Tyndall allegedly made suggestive comments and photographed patients' genitals. Plaintiffs claimed that USC was aware of his behavior but did nothing to remove him. It is the largest sex abuse payout in higher education history, according to The Los Angeles Times.