Change, Optum push back date of merger to December 2022 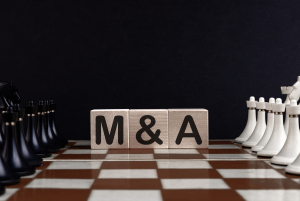 In a joint statement, the two said they would not be combining until December 31. The decision comes as they face a lawsuit filed by the U.S. Department of Justice to block the $13 billion deal from going through. A trial date is set for August 1. “The extended agreement reflects our firm belief in the potential of our combination to improve healthcare and in our commitment to contesting the meritless legal challenge to this merger.”

The deal would allow Optum, a subsidiary of UnitedHealth Group, to integrate its advanced data analytics with Change Healthcare’s intelligent healthcare network. It would then be able to draw more insights from billions of claim transactions for faster and more accurate services. Additionally, it plans to combine its automated payment network with Change Healthcare’s payment capacities to simplify claims transactions, create more transparent payment systems in real time and enhance IT workflow across healthcare systems.

Both companies say it will make providers more efficient and lower costs by enhancing workflow and simplifying transactions across healthcare systems.

But competitors are concerned that the agreement would hinder competition in health IT services and add to the massive power already wielded by UHG, which is the owner of UnitedHealthcare, the largest U.S. healthcare insurer. Change would enable it to consolidate and use much of the country’s healthcare data to process and deny patient claims, they say.

Among the most pressing worries is limited competition for claims clearinghouse, payment accuracy, revenue cycle management and clinical decision support services. Critics also say the deal would increase prices for providers and lower quality of care.

"Post-merger, Optum will have strong financial incentives to use competitive payers' data to inform its reimbursement rates and set its competitive clinical strategy, which will reduce competition among payers and harm hospitals and other providers," wrote the American Hospital Association in a letter to the DOJ.

UHG has been planning to acquire Change since December 2020 and initially hoped to complete the deal by the second half of 2021. An SEC filing the following March said UHG may sell assets if required for antitrust approval, but asserted that divestitures of more than $650 million in annual revenue from UHG would be “burdensome” for it. As a result, the two pushed back the completion date to the end of 2021 and then again to April 2022.
1(current)
2