Dementia cases to triple by 2050 globally 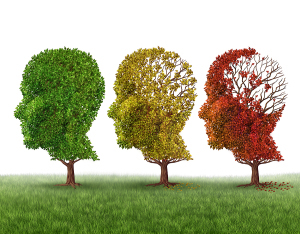 The number of people estimated to have dementia by that point will surpass 152 million, with the higher prevalence of cases driven by anticipated trends in smoking, high body mass index, and high blood sugar, according to a new study presented by the Alzheimer’s Association and researchers in the U.S. and abroad at the Alzheimer's Association International Conference (AAIC) 2021 in Denver and virtually.

“Obesity, diabetes and sedentary lifestyles in younger people are rising quickly, and these are risk factors for dementia,” said Maria Carrillo, Alzheimer's Association chief science officer, in a statement.

Increases are largely attributed to population growth and aging, although the significant potential impact of both factors vary by world region. Smoking, BMI and high fasting plasma glucose are expected to be specifically responsible for the 6.8 million additional cases predicted. The highest increases are projected to be in eastern sub-Saharan Africa, North Africa and the Middle East.

Mortality rates in the U.S. from Alzheimer’s already rose between 1999 and 2019 in the overall population by 88%, from 16 to 30 deaths per 100,000. Mortality is highest today in rural areas in the East South Central region of the U.S., at 274 per 100,000 in those over 65. This is more than three times the rate of urban areas in the mid-Atlantic region, which holds the lowest mortality rates. The discrepancy in these rates is largely due to health disparities between rural and urban residents, including lower socio-economic status, higher levels of chronic disease, limited availability of internet services and less access to health services, including primary care, according to the study.

In addition, an estimated 10 out of every 100,000 individuals under 65 develop early-onset dementia, leading to 350,000 new cases per year worldwide. Incidence increased with age, and rates were similar among both men and women, with the highest form being Alzheimer’s disease, followed by vascular dementia and frontotemporal dementia.

The researchers, however, did find that changes in education levels will lead to a decline in dementia prevalence by 6.2 million individuals globally by 2050, almost balancing out the opposing trend.

"These estimates will allow policymakers and decision-makers to better understand the expected increases in the number of individuals with dementia as well as the drivers of these increases in a given geographical setting," said a researcher with the Institute for Health Metrics and Evaluation at the University of Washington School of Medicine. "The large anticipated increase in the number of individuals with dementia emphasizes the vital need for research focused on the discovery of disease-modifying treatments and effective low-cost interventions for the prevention or delay of dementia onset."

The Alzheimer’s Association U.S. Study to Protect Brain Health Through Lifestyle Intervention to Reduce Risk is a two-year clinical trial assessing lifestyle interventions that simultaneously target many risk factors to protect cognitive function in older adults with an increased risk for cognitive decline.

The findings were published in Alzheimer's & Dementia: The Journal of the Alzheimer's Association.