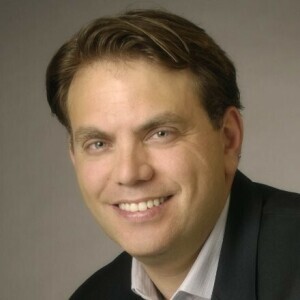 Sitting just behind heart disease and cancer, medical errors in hospitals were cited as the third leading cause of death in the United States in 2016, according to the BMJ, and the truth is not enough has been done to address the issue since. Considering how looked after we feel in a hospital setting, it's a rather frightening statistic. It's therefore important to remind ourselves that throughout history, from treating polio to discovering insulin, analytical inquiry has proven itself a crucial prerequisite to innovation and improvement. Sometimes, regardless of the veracity of such statistics, it takes a well-circulated critique to serve as a wake-up call for an industry to thoroughly re-evaluate itself.

Defining medical error has become more of a focus in recent decades, and that’s because healthcare institutions needed to establish “error” as a clinical research priority. Today, we define medical error as an unintended act (either of omission or commission) or one that does not achieve its intended outcome. These errors can occur as a result of; a failure of a planned action to be completed as intended (an error of execution), the use of a wrong plan to achieve an aim (an error of planning), or a deviation from the process of care that may or may not cause harm to the patient.

Part of the reason such misconceptions exist are due in part to the shortcomings in classifying errors throughout history. The annual list of the most common causes of death in the United States, compiled by the Centers for Disease Control and Prevention (CDC), informs public awareness and national research priorities each year. The list is created using death certificates filled out by physicians, funeral directors, medical examiners, and coroners.

But the death certificate posed a major limitation: it historically relied on assigning an International Classification of Disease (ICD) code to the cause of death. As a result, causes of death not associated with an ICD code, such as human and system factors, were not traditionally captured, creating a smokescreen for budding analysts.

It’s worth noting that incidence rates for deaths directly attributable to medical care gone awry haven't been recognized in any standardized method for collecting national statistics. The medical coding system was designed to organize billing for doctors’ services, not to collect national health statistics, as it is currently being used. At that time, the medical community overlooked that diagnostic errors, medical mistakes, and the absence of safety nets could result in someone's death. Because of that, medical errors were unintentionally excluded from national health statistics.
1(current)
2
3