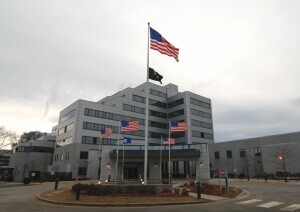 The blast occurred around 8 a.m. last Friday, when a steam pipe was being replaced in a building on the West Haven Veterans Affairs campus. The pipe was filled with steam when the explosion occurred, according to EyeWitness News 3. A VA employee and a contractor from Mulvaney Mechanical who were replacing the pipe were killed, while three other VA employees were injured.

“I can't tell you how hard of a day it has been here at VA CT Health Care System,” Alfred Montoya, medical center director for VA Connecticut, told EyeWitness News 3. “It is a really rough day for all of our employees and staff here out of the 3,500 dedicated employees.”

The explosion took place during routine maintenance and involved the replacement of a leaky steam pipe in a building that was constructed in the 1940s and 1950s. The work began at 7:30 a.m. and was completed within half an hour. The incident occurred when the pipe was refilled with steam, according to Montoya. No patients were harmed and care was not affected, reports NBC CT.

While thought to be an accident, an investigation by the VA is underway. The FBI, detectives with the CT State Police Fire & Explosion Investigation Unit, and OSHA, the Occupational Safety and Health administration are also looking into the matter.

The VA hospital is located on Campbell Avenue but the explosion occurred in a building in the Crest Street Area. The West Haven VA Medical Center cares for about 58,000 veterans in Connecticut but is past its "sell-by date", according to the Associated Press.

It is on a list to be replaced but has not been as of yet. The VA reported Friday that its occupancy was 85% taken up despite the aging infrastructure of the building. Montoya says it is a constant “uphill battle” trying to maintain the infrastructure.

The deceased and injured parties have not been identified.