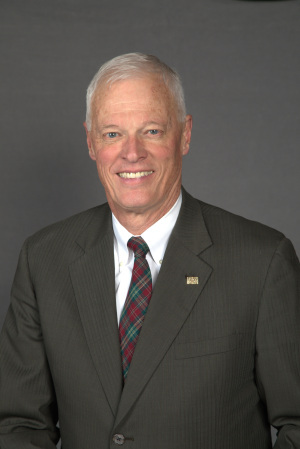 Dr. James Borgstede is the president of RSNA. He is also a professor and vice chair of the department of radiology at the University of Colorado. He spoke with HealthCare Business News on the lead-up to this year’s RSNA, which will be very different, compared to prior annual meetings. Borgstede discussed his background, his work in the association and the latest news from the RSNA regarding membership support and the upcoming conference.

HCB News: What inspired you to pursue a career in healthcare?
Dr. James Borgstede: I always wanted to be a physician; from the time I was a child. We had a family friend, actually a world-renowned internist, his name was Carl Moore — our family just idolized him and what he did for patients. So the thought of in some way being able to emulate Dr. Moore made it always the profession that I wanted to pursue.

HCBN: How long have you been a member of RSNA?
JB: I’ve been a member for 44 years. I joined when I was a first-year resident at the University of Colorado in 1976. It’s been many years and I’ve been having a good time all the way.

HCBN: What inspired you to become a member?
JB: I attended the first RSNA in 1975. At that time, I was a resident and the senior residents told me this was the meeting to attend and they were correct. It so happened, that I had that week off and the RSNA had just moved out of the Palmer House into McCormick Place. When I went to McCormick for that meeting, I was stunned. The quality of the presentations and the organization of the meeting, the way it worked with so many people in the venue — they were just outstanding, as they are today. The annual meeting was and still is really one-stop shopping. A radiology resident or a practicing radiologist — you can accomplish anything you want to at the meeting. You have research, scientific papers, educational refresher courses, equipment evaluation, you can meet with the vendors, collaborate with colleagues from around the world. You have it all in one place. So I thought from the start that it was the organization I wanted to be a part of.

HCBN: What fueled your decision to lead the association?
JB: From my perspective, I see it as an opportunity to give back to a great organization that has really given me so much in my career. But the decision to lead the organization really wasn’t mine. That was the decision of the membership and the RSNA board of directors. I had leadership experience in the International Radiology Society as president and as chairman of the board and president of the American College of Radiology. So I had leadership experience in international radiology. The RSNA wanted to expand into the international arena with an international portfolio. They asked me if I’d be willing to serve on the RSNA board of directors as a leader of that portfolio. Again, I agreed to serve to give back to the RSNA because it had provided me such wonderful research and education opportunities throughout my whole career. That position on the board of directors led to me becoming an officer.
1(current)
2
3
4

Looking ahead to the annual ACC meeting