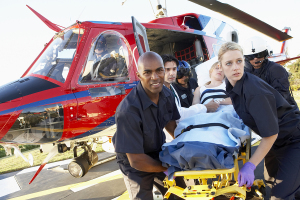 From the March 2020 issue of HealthCare Business News magazine

Many air medical services providers are seeking to remedy the situation, as providers have increased their network participation by an estimated 20% recently and are actively endeavoring to negotiate more in-network agreements with health insurers, according to industry group the Association of Air Medical Services (AAMS). The problem is that insurers too often insist on using Medicare’s flawed air medical transport reimbursement rate as a starting point for negotiations.

The problem with Medicare’s air medical reimbursement
In many cases, using Medicare reimbursement rates as a starting point in payer-provider negotiations makes sense, as the movement toward reference-based pricing has shown. Air medical transport is not one of those cases, however, as Medicare rates fail to even cover the cost of providing this critical service.

This creates a huge financial burden for air medical providers, as an average of seven out of every 10 transports do not cover the cost of providing services, according to an industry study. Here’s why: On average, five out of every 10 air medical patients are insured through Medicare or Medicaid, and two out of each 10 are uninsured. With an average per-transport reimbursement of $5,998, Medicare payment covers just 59 percent of the median $10,199 cost per transport. Circumstances grow more challenging with payments from Medicaid even lower, averaging $3,463 per transport, while payments from uninsured patients average just $354.

As a consequence, the remaining three out of 10 patients who are commercially insured but out-of-network experience cost-shifting to offset the lower reimbursements from the other seven patients. Yet it doesn’t have to be this way. Health insurers can reach in-network agreements with air medical providers to obtain greater certainty over their own costs and help their members avoid the shock and anger of receiving balance bills. Here are three reasons why more health insurers are looking to do just that.
1(current)
2