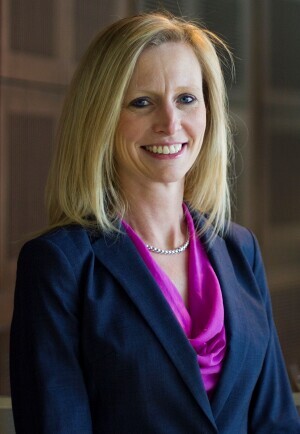 Kris Gose
Oklahoma’s OU Medical Center is bucking the trends seen elsewhere in the country of decentralization of larger hospitals and consolidation of smaller facilities. The organization became a freestanding system just two years ago and is also getting set to open a new patient tower this year, but the project was first discussed more than a decade ago. While it’s been some time in the making, that was a positive, as it gave an opportunity for deep assessment of needs and ultimately led to a more innovative building that is set to better serve both patients and healthcare team members. OU Medical Center president, Kris Gose, played a big role in the reassessment and the tower has been a major focus for her. HealthCare Business News spoke with her to find out more.

HCB News: How long have you been with OU Medical Center?
Kris Gose: I’ve been on this campus since 1995. I’ve been in my current role since 2013.

HCB News: What drew you to a career in healthcare?
KG: I really wanted to be a leader in changing the way healthcare is delivered and improve that to make a difference. I started as a pediatric nurse, so at the beginning, it was one patient family at a time. I moved into leadership, which was always my goal, but starting with the clinical side allowed me to better understand and facilitate care because as you lead, you try to help facilitate others to improve care. So, today I hope I affect many at a time through the individuals I work with and lead. 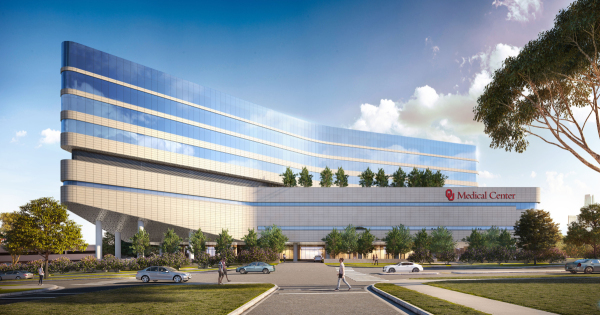 OU Medical Center, Renderings provided by Perkins and Will
HCB News: The groundbreaking for the new tower was in November 2017, but when did discussion for the building start in earnest?
KG: I was chief nursing officer for the system in 2007 when the first conversations occurred. The first time I was involved in discussions regarding the proposal of building the tower was 2009. That had variations of the proposals over time, which had made it through different approval processes with our past parent company. But in February of 2018, we transitioned away from our parent company and became a locally-owned, free-standing, not-for-profit health system. As we went through that journey, it was decided that we would be moving forward with the patient tower that had been put on hold. So we got back to work, and at that time, we got to redesign the building. Up to that point, it had been sort of a square box. We sat back down with the architects and we had a lot of fun. We decided to have the design of the building reflect the innovative healthcare we planned on delivering to the public. It looks a lot different than a square box today, as I’m sure you can see.
1(current)
2
3
4