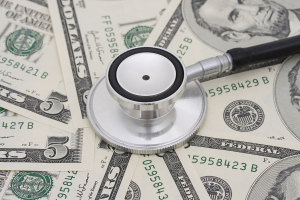 Hospital groups are pushing back against the Trump pricing transparency rule that would force disclosure of the rates that are negotiated with insurers — and have filed suit to block the decision.

The suit has been filed by the American Hospital Association (AHA), as well as other industry groups.

“Instead of giving patients relevant information about costs, this rule will lead to widespread confusion and even more consolidation in the commercial health insurance industry," Rick Pollack, president and CEO of AHA, said in a statement.

The filing argues that such disclosure violates the First Amendment and goes beyond the intention of “standard charges” transparency as stated in the Affordable Care Act.

According to the groups, the cost to hospitals would run from $38.7 million to $39.4 million.

“The burden of compliance with the rule is enormous, and way out of line with any projected benefits associated with the rule,” according to the suit.

Administration officials have argued that this opposition demonstrates that the healthcare organizations are putting themselves ahead of patients.

“Hospitals should be ashamed that they aren’t willing to provide American patients the cost of a service before they purchase it," HHS spokeswoman Caitlin Oakley told The Hill. "President Trump and Secretary Azar are committed to providing patients the information they need to make their own informed health care decisions, and will continue to fight for transparency in America’s health care system.”

But the organizations counter that the situation is not that simple. “Patients deserve to have the most relevant information when they are making decisions about their health care. Unfortunately, CMS’ final rule will only create confusion for patients,” said Dr. David Skorton, president and CEO of the Association of American Medical Colleges. “We urge CMS to work with us to find the best way forward for patients.”

When the rule was first announced in November, healthcare industry groups advised that they would push back.

At that time, Matt Eyles, president and CEO of America’s Health Insurance Plans, advised that his organization supports “clear, consistent and concise information that is customized to an individual’s circumstances.”

But transparency, he argued, could backfire. “Transparency should aid and support patient decision-making, should not undermine competitive negotiations that lower patients’ healthcare costs, and should put downward pressure on premiums for consumers and employers,” Eyles told CNBC at the time.