Women over 75 with chronic illnesses gain little from mammograms

Women over 75 with chronic illnesses gain little from mammograms 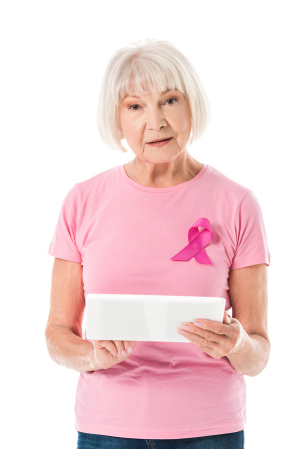 That’s according to a new study which says that such patients are likely to die from other health-related illnesses before developing breast cancer.

Many breast screening programs in Europe tend to stop exams for women between the ages of 69 and 74. The U.S., in contrast, continues screening for women into their 80s and sometimes 90s, despite there being no evidence to recommend or prohibit screening for women, ages 75 and up, according to the United States Preventive Services Task Force.
Surveying data of 222,080 women between 66 and 94 years old, Braithwaite and her team looked at new incidences of breast cancer, as well as deaths related to the disease and other causes over a 10-year-period. Each patient underwent one or more mammograms.

Out of all of them, 7,538 were diagnosed with invasive breast cancer and 1,742 with ductal carcinoma in situ. Fewer cases of either, however, were found among women past the age of 75, who were 123 times more likely to die of causes other than breast cancer. The estimate was even higher for those 85 and older.
&
Only 471 women died over the 10-year course from their cancer, while 42,229 died from other causes, a nearly 90-fold difference. The risk of dying from breast cancer accounted for 0.2-0.3 percent of all deaths, and was the same from ages 66 to 94. It also remained stable as the risk of dying from other causes rose, while the risk of being diagnosed with breast cancer decreased slightly after the age of 75 regardless of a woman’s overall health status.

“The issues associated with downstream consequences after continued screening mammography — and the potentially relevant costs — are topics of upcoming research in our team, and we believe the findings from this study could lend important information to those upcoming endeavors,” said Braithwaite. “We hope that our analyses contribute to developing effective tools that older women can use in consultation with their healthcare providers to decide a screening strategy that is best for them.”

Data consisted of Medicare claims and information from the Breast Cancer Surveillance Consortium, which collects the largest set of data in the world on older women with mammograms.

Funding was provided by grants from the National Institutes of Health.

The findings were published in the journal, JNCI.