Discussing the value of MR-guided radiotherapy

Discussing the value of MR-guided radiotherapy 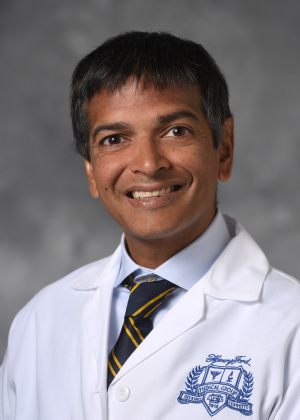 Last November, Dr. Parag Parikh, joined the radiation oncology department at Henry Ford Cancer to lead its MR-guided radiation program. HealthCare Business News sat down with him to find out how the new role is working out and why he feels that MR-guided radiation is such a promising field for the future of cancer treatment.

HCB News: Can you tell us a bit about your background in radiation oncology and what it's been like to join the team at Henry Ford?
Parag Parikh: I attended medical school and residency at Washington University in St. Louis. I had an early interest in technology development for tracking moving tumors and worked under Dr. Daniel Low to investigate CT scanning of lung tumor respiratory motion and implantable electromagnetic transponders that could be put into the lung to help guide radiation therapy.

I returned home to Detroit to join Henry Ford in 2018. As the group with the longest-running clinical MR-linear accelerator program, it was like jumping into a well-running automobile. We now have a one month waitlist for the ViewRay and we have doubled our therapy staff to support this.

HCB News: We've been hearing a lot recently about the cutting-edge capabilities of MR-guided radiation therapy. This is a field where Henry Ford is at the cutting edge. What kind of research are you currently conducting with these tools?
PP: We have several ongoing clinical trials. First, we are leading the national SMART study [NCT NCT03621644]. This study builds upon retrospective data (Rudra, Cancer Medicine, 2019) showing an almost doubling of survival in patients who received high-dose MR-guided radiation therapy to the pancreas, as compared with standard dose radiation. This is the only study using ablative doses of radiation given over 5 fractions, and has a goal of recruiting 133 patients.

We also have a study using 5 fractions of radiation to treat prostate cancer, using the MRI to help boost the dose of the dominant nodule of prostate cancer in each patient. Finally, we have a corollary study for brain tumor patients looking at new imaging information that may inform how or when to change radiation therapy for glioblastoma.

HCB News: The MR environment has unique shielding and safety demands. Is the same true for MR-guided radiation therapy? If so, what kind of strategies are being used to make sure staff follow protocols?
1(current)
2